PRESS RELEASE - The National Plan for Recovery and Resilience - Romania’s Chance for Modernization, the Responsibility and Maturity Test for the Political Class! // Time to Get Working! 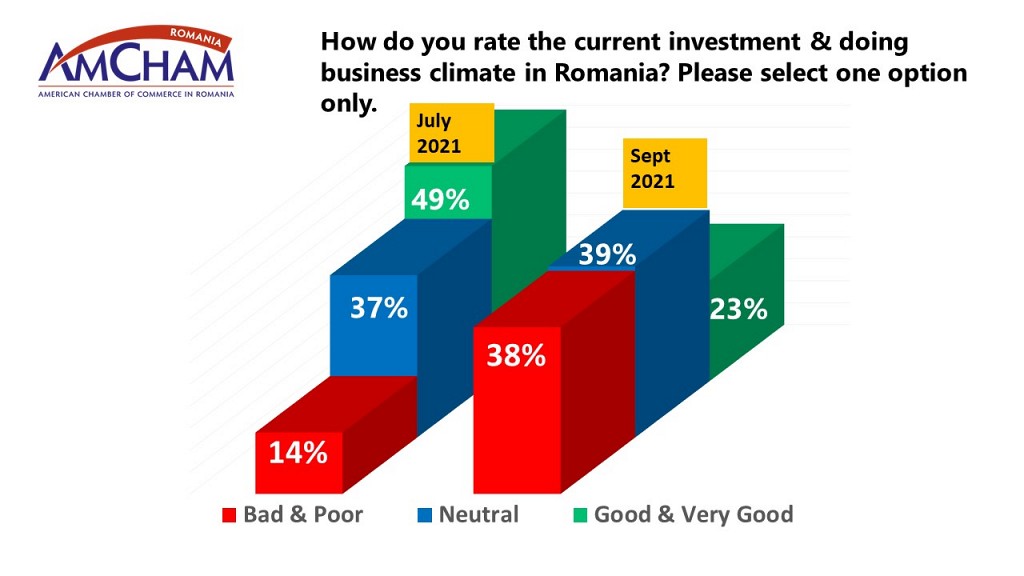 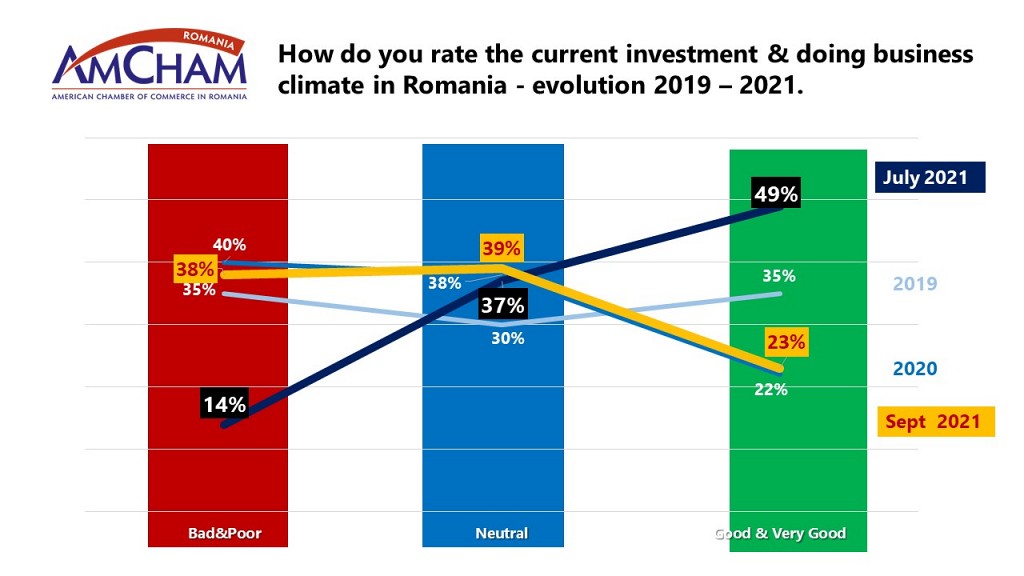 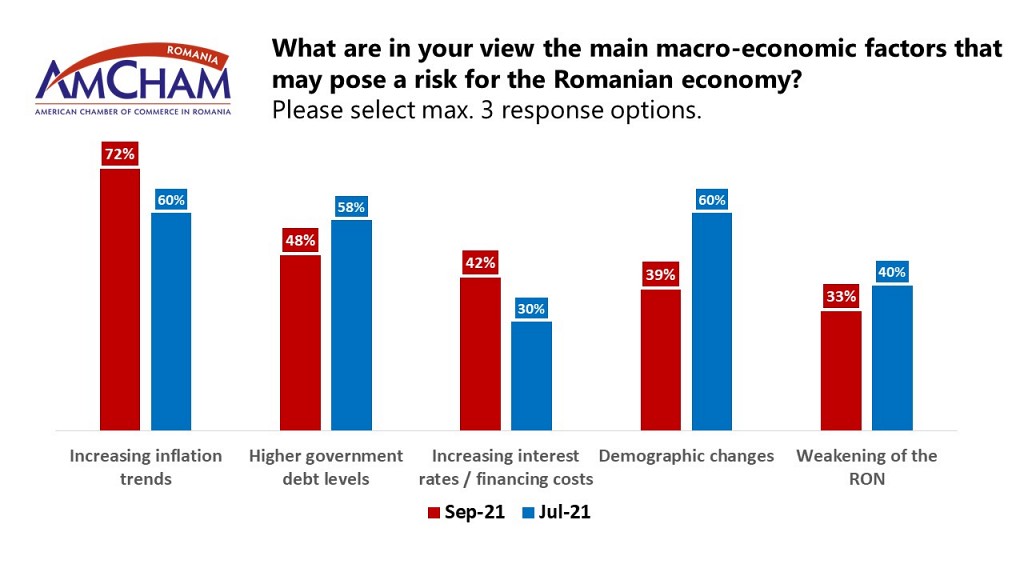 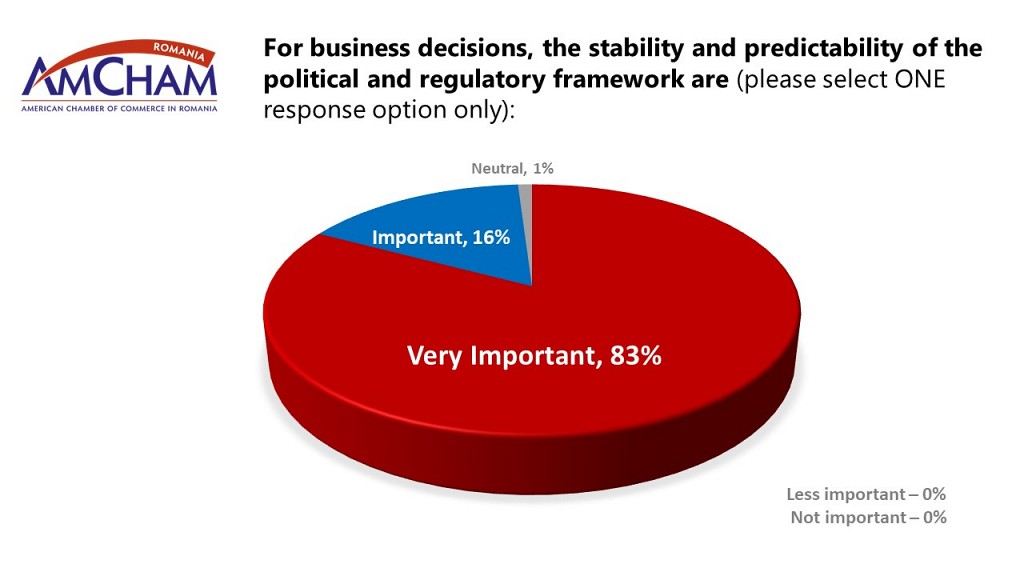 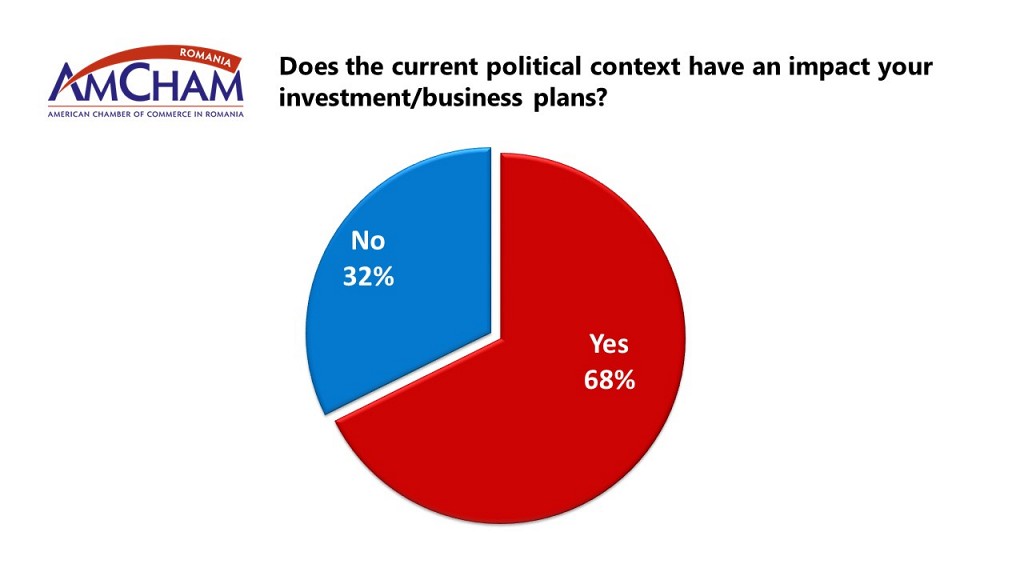 The European Commission has approved Romania’s National Recovery and Resilience Plan (NPRR), a moment we have been looking forward to and which we welcome. We trust that NPRR one of the few projects that enjoys cross-party support in Bucharest, has the potential to become a new T 0 for Romania, provided its implementation is prioritized at all levels of the administration and managed responsibly, coherently and professionally.

On behalf of the business community it represents, AmCham Romania calls for the return of the political class to the commitments it made to the society and to the economy, in order to reverse the depreciation of confidence in the investment and business climate, which, according to a recent AmCham survey, has declined to the minimum quotas registered in the first half of 2020, when Romania was hit by an acute lack of predictability generated by the first pandemic wave.

Companies almost unanimously confirmed that the stability and predictability of the political and regulatory framework have a direct impact on operational and investment decisions, most of them indicated that the current political instability is influencing their investment decisions and that they have increasing concerns about the evolution of macroeconomic indicators - inflation, interest rates.

The rapid depreciation of confidence in the investment climate proves once again that trust is hard to gain and quick to lose! There is need for a cross-party alignment of the entire political spectrum around the reforms that Romania and Romanians have been waiting for too long. In order to be a credible state in relation to investors, to external institutional partners and last but not least to its citizens, it is necessary for politics and politicians to serve Romania and not the other way around.

Every day of political instability is only aggravating Romania’s situation on all levels – health, education, economy, and the top emergencies of the moment call for a responsible approach of the real challenges Romania is facing.

Amidst the high uncertainty of the moment, what is certain is that NPRR represents a historic opportunity for Romania and must be the beginning of an accelerated and sustained path towards recovering major gaps in strategic areas and towards a sustainable development of the Romanian economy and society.

Similar to its involvement during the consultation period on NPRR, AmCham Romania remains firmly committed to supporting the efforts needed for the implementation of the reforms undertaken within NPRR, under the aegis of an honest and constructive partnership between the public and private environment.

AMCHAM PRESS RELEASE: The 2022 State Budget, When and Where to?

AmCham Romania: AmCham Press Release: The 2022 State Budget, When and Where to?