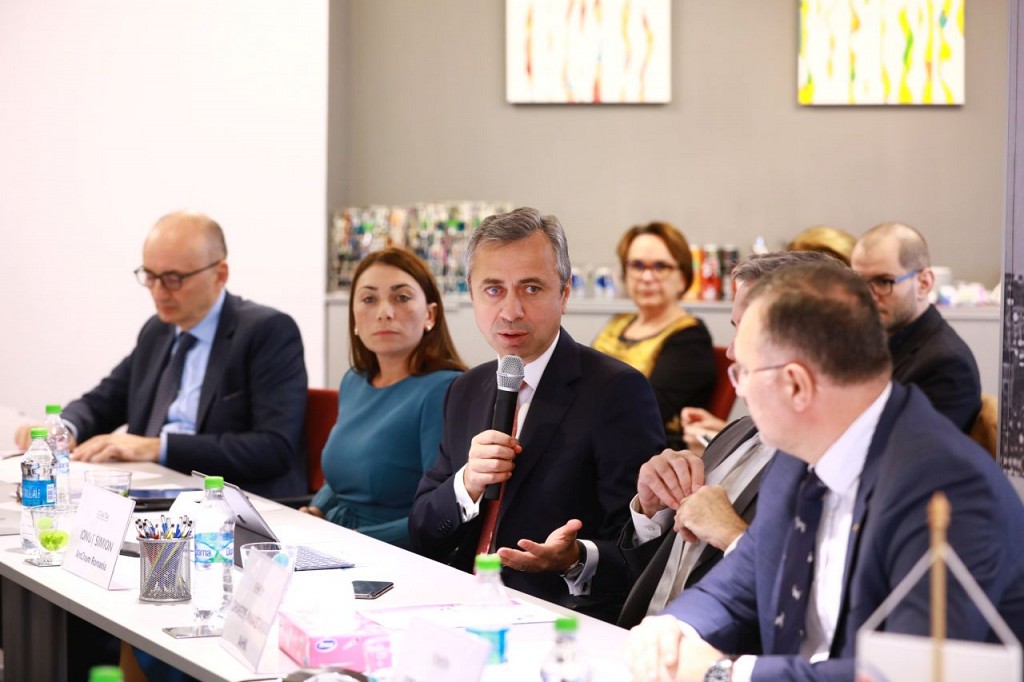 AmCham Romania hosted a CDR press conference on November 28, when representatives of Coaliția pentru Dezvoltarea României have outlined the leading priorities in the dialogue with the new Government.

The AmCham President emphasized the main four pillars that CDR considers to be of high importance for the Government agenda, as follows:

Each of the pillars were detailed by other Presidents of the CDR Steering Committee member associations- Florin Pogonaru – AOAR, Dragoș Anastasiu –AHK, Ramona Jurubiță – FIC and Dragoș Roșca – RBL.

More on the main statements during the CDR press conference here: https://coalitia.org/ro/2019/11/28/reprezentantii-cdr-presedinti-ai-organizatiilor-membre-ale-comitetului-de-coordonare-al-cdr-au-sustinut-astazi-o-conferinta-de-presa-pentru-a-prezenta-prioritatile-cdr-in-dialogul-cu-guvernul-romanie/

Between July – December 2019 AmCham held the CDR Coordination and Secretariat.

Romania Needs a Centralized Coordination of the Digitalization Agenda