The Three Seas Initiative is a political platform at Presidential level, launched in 2015. The Initiative includes the 12 EU Member States located between the Adriatic, the Baltic and the Black seas: Austria, Bulgaria, Croatia, the Czech Republic, Estonia, Hungary, Latvia, Lithuania, Poland, Romania, Slovakia and Slovenia. Up until today, three summits took place: Dubrovnik Summit in 2016, Warsaw Summit in 2017 and Bucharest Summit in 2018. 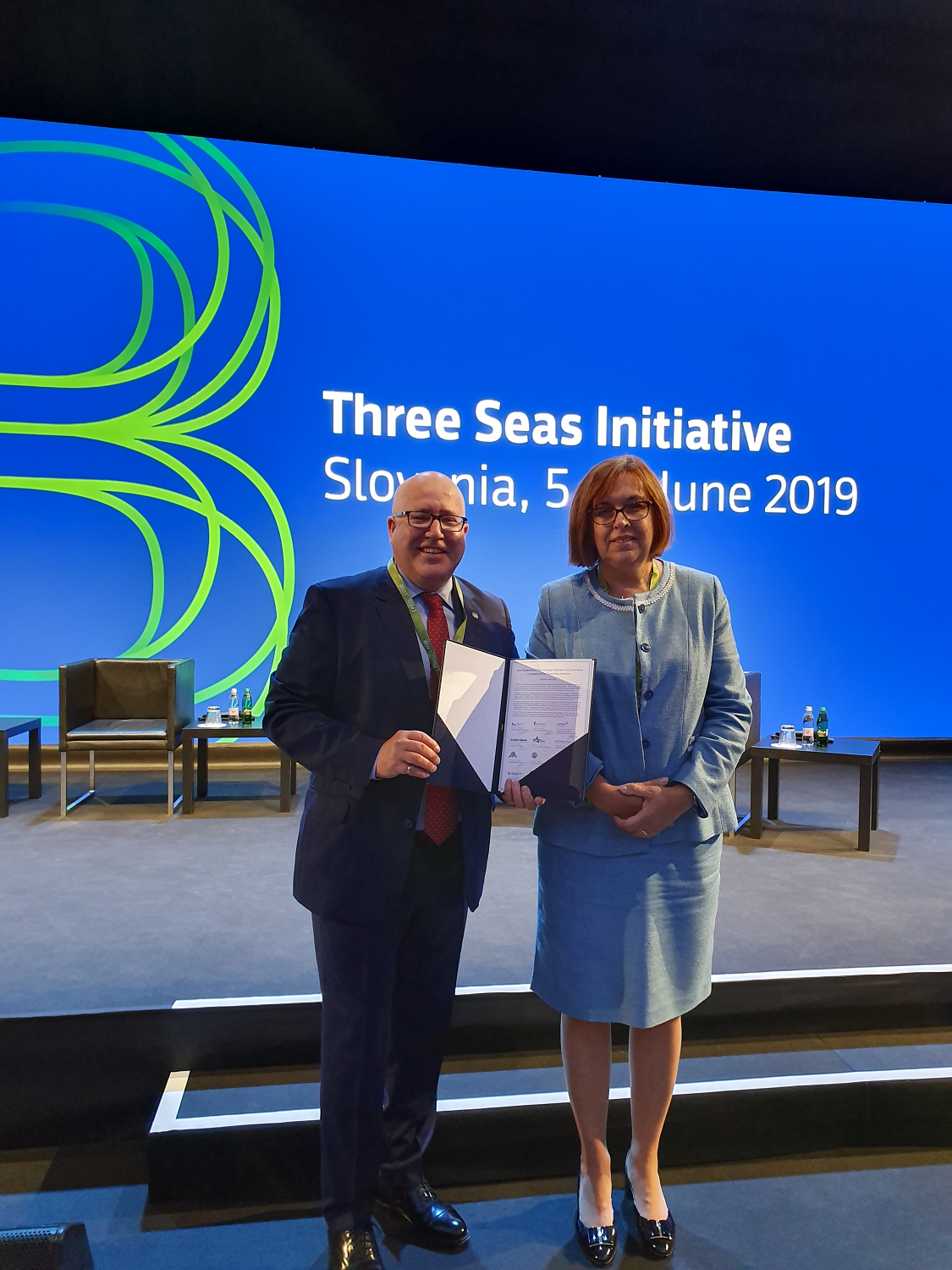 The Three Seas Initiative is moving forward with the common goal of improving the connectivity and cohesion of the twelve partner countries in Central Europe and the wider European home.

Projects that support improved infrastructure, diversified and secure energy sources and the growth of the digital realm will deliver tangible benefits to the citizens of the Three Seas countries and to the European Union as a whole.

Significant resources are earmarked for projects throughout the region, a strong signal of commitment by the Three Seas governments.

To fully deliver on this intent, a clearly defined role for private companies and capital is critical.

Properly structured projects, clearly defined jurisdictions and business-driven management will ensure the involvement of the expertise, financing, and execution private investors can provide.

Our companies in the American Chambers of Commerce throughout the Three Seas region are delivering on cross-border technology, trade, transport, energy, digital market and cyber-security projects every day.

We support the goals of the Three Seas Initiative to build a more integrated, prosperous and secure region within a growing Single Market. Our companies are local throughout the region, as are our people, anchoring our commitment to economic growth, the creation of value and opportunities and enhanced national security.

American Chambers throughout the region stand ready to help facilitate dialogue to involve the right firms, technologies, know-how and capital in focused projects.

As investors, we deliver this consistently in the region and look forward to doing so with the Three Seas Initiative and its member countries

Today, not tomorrow, we must invest in a modern and resilient education system, adapted to European standards and centered on the learning needs of the new generations

AmCham Press Release: Education can and must continue by using technology

Education can and must continue by using technology

AmCham Romania: THE AMCHAM HOUR with AmCham President Ionuț Simion: What to expect from the second package of Government support measures for economic recovery

AmCham Romania: AmCham Press Release: Today, not tomorrow, we must invest in a modern and resilient education system, adapted to European standards and centered on the learning needs of the new generations