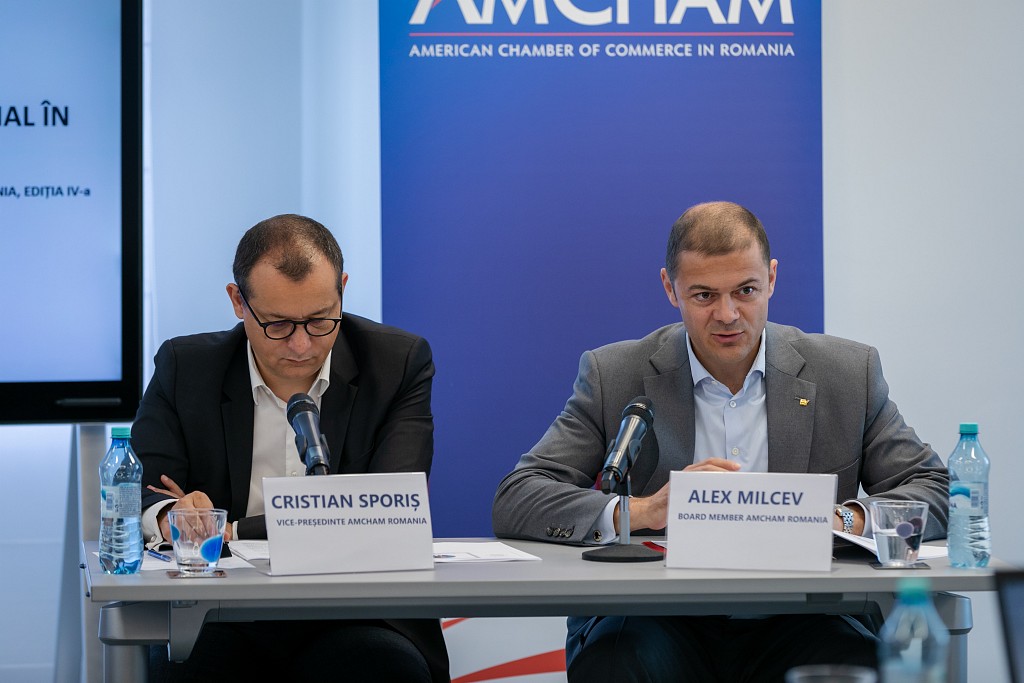 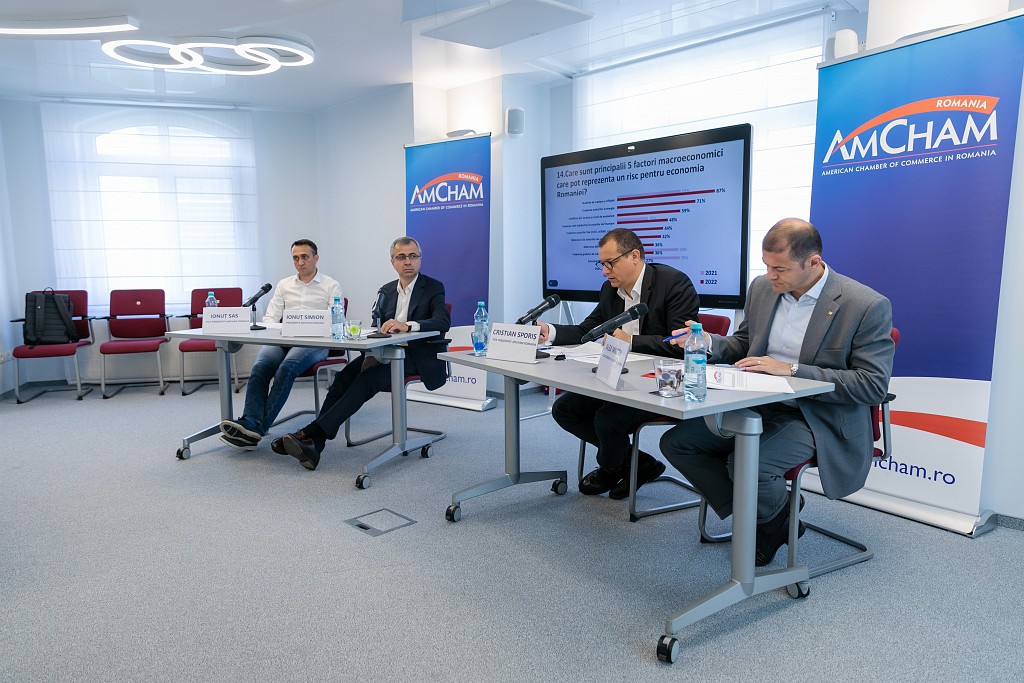 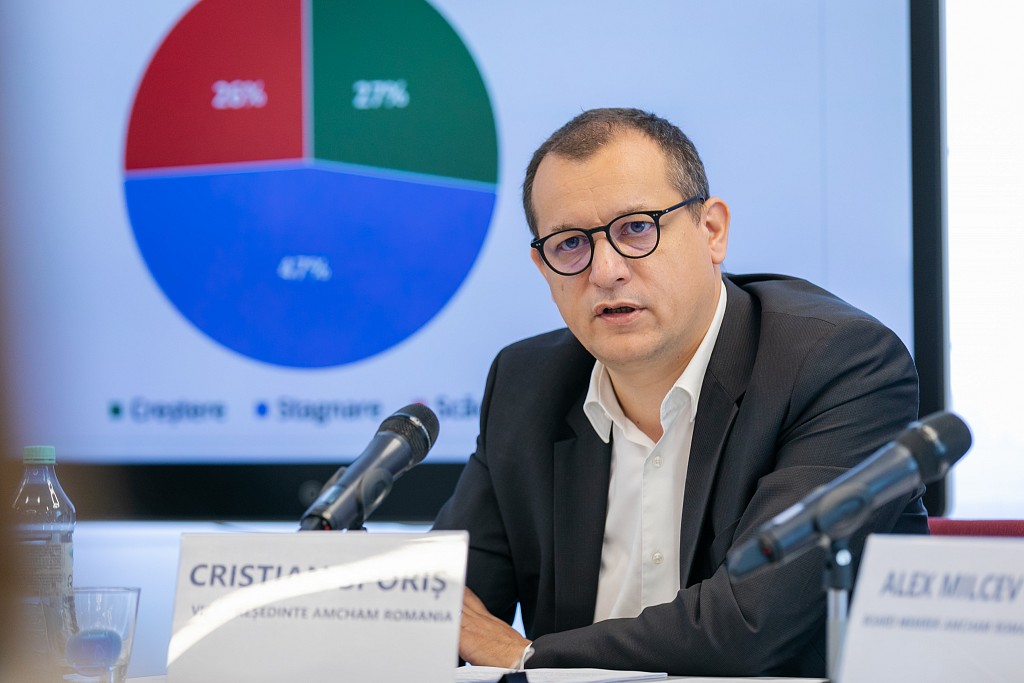 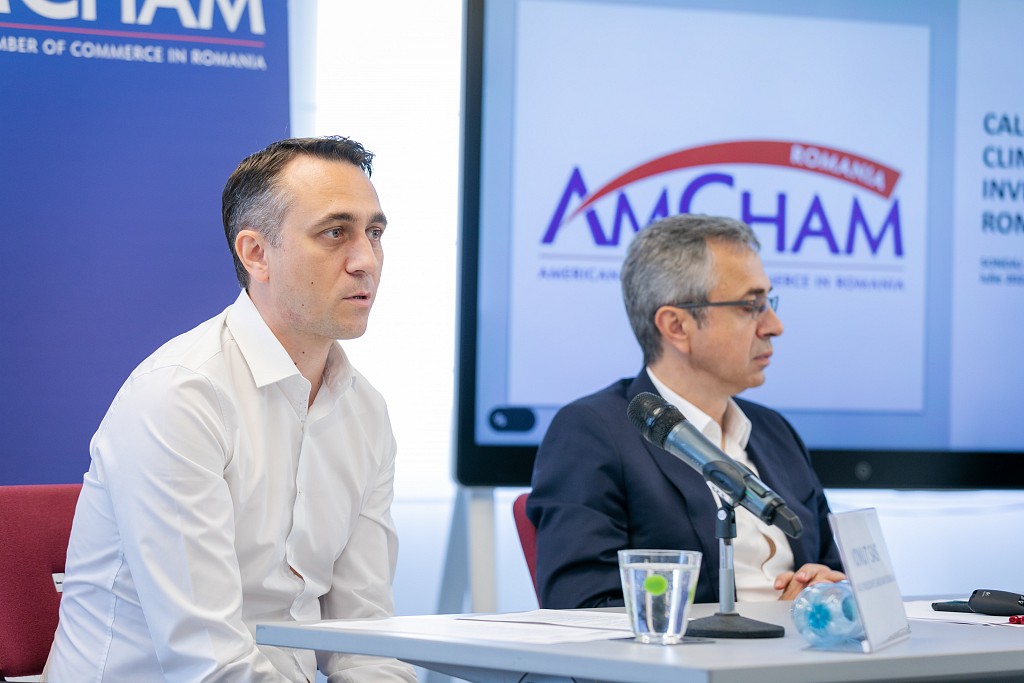 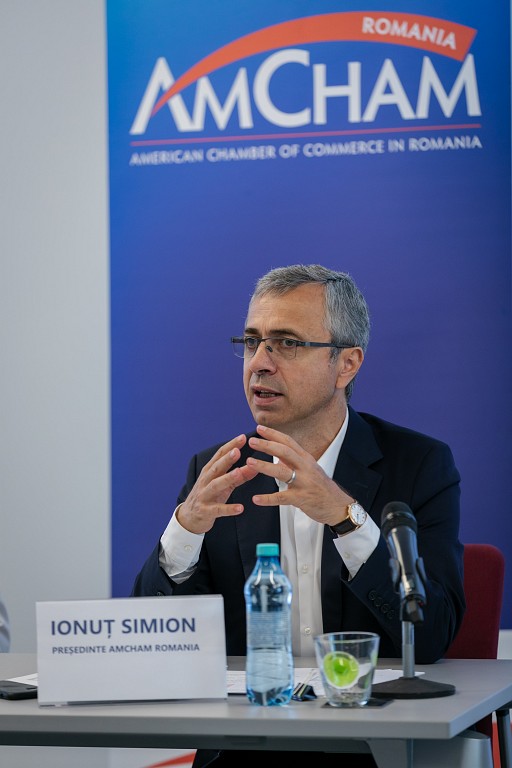 AmCham Romania released the results of the fourth edition of the Business Barometer survey on the quality of the investment climate, which reveals a confidence close to the pre-pandemic levels and an optimistic outlook both short-term (12 months) and mid-term (3 years), confirmed by consistent investment intentions.

For the investment climate, the good and very good ratings were given by 38% of the companies participating to this edition of the survey, compared to 49% last year. At the time of running the 2021 edition, the pandemic was coming to an end, and the war in Ukraine was a risk that had not yet manifested, so that companies were fueled by the confidence of returning to the old normal.

If we were to exclude 2020, a year severely affected by the pandemic and 2021, a year marked by a high level of optimism, we find that in 2022 the confidence level is slightly higher than in 2019 (38% vs. 36%), which shows that despite the new crises and challenges that we are going through, the anchors that Romania has (EU, NATO, European funds, PNRR, the prospect of accession to the OECD) but also certain market conditions, are building investor confidence.

Compared with 2020, the business results reported for 2021 increased on all surveyed areas: revenues (65%), number of employees (45%) and investments (42%), yet the increases were lower than the levels anticipated in the previous edition of the survey, due to the multiple crises that affected the economy in 2021 and which remain a challenge for 2022 as well. However, companies maintain an optimistic outlook, anticipating similar performance on all three levels for the current year. After the shock generated by the onset of the pandemic and the unprecedented measures implemented globally, the optimism shown by companies in the current conditions, characterized by multiple overlapping crises, demonstrated companies’ increased resilience, flexibility and willingness to adapt to any unforeseen situation that could appear.

“The good news is that estimates for this year’s business results as well as short and midterm investment intentions confirm the companies' commitment to the Romanian market and its development potential. The bad news is that the competitive advantages that have attracted investors: the quality of digital infrastructure, the fiscal framework, the quality of human capital, are beginning to erode and we still have nothing to replace them with. The tension in the labor market reaching a peak is especially worrying, as for 92% of respondents it is difficult to find specialists in their sector of activity. The workforce shortage has the potential to become the largest obstacle for the overall development of the economy, affecting both plans to expand operations in Romania, the capacity to implement major investment projects, and attracting new investment. The solutions to remedy such crisis are neither simple nor quick, but this makes interventions and articulated public policies all the more urgent, to ensure the availability of relevant human capital in the economy " said Ionuț Simion, President of AmCham Romania.

“Although the survey conveys an overall optimistic outlook, it also indicates some concerns: 89% of participating companies expect increases in financing costs in 2022 (compared to 47% in 2021). Accelerating inflation is the main macroeconomic risk factor, rising from 59% to 87% but also the most worrying economic effect of the war in Ukraine. Companies are obviously also concerned about rising energy prices, this have cascading effects on other types of costs, rising fixed costs, deepening budget deficits, rising commodity prices. The measures that AmCham recommends for lowering the impact of such increases, which are also indicated in the responses to the survey, include the implementation of reforms and strategic investments, attracting available European funding, developing the capital market so that it is more accessible and accessed by companies that they need funding” pointed out Cristian Sporiș, Vice President of AmCham Romania.

“Given the geopolitical context, but also as a consequence of the vulnerabilities revealed by the COVID pandemic, investors' interest in Romania has increased, and it is an opportunity to position our country as a safe and attractive destination for investments. Attracting investment in production capacities in particular would give Romania the chance to connect to global value chains and strengthen economic sectors of strategic relevance, thus reducing the pressure on the trade balance and increasing the added value generated in Romania. Beyond the geopolitical relevance in terms of security, we have the chance to increase the country’s geostrategic relevance on the economic level. First of all, a competitive country investment offer needs a strategic vision for development, which should define those areas where we want to stand out, a functional framework to boost research-development-innovation (RDI), without which we are bound to remain in the second tier, and of course, the much talked about stability, predictability and transparency. In addition, we need a robust and professional agency to drive the Romania’s promotion as an investment destination, and urgent remedy solutions to the workforce shortage” said Ionuț Sas, Vice President of AmCham Romania.

"Regarding the level of taxation, in the context of the related public debates, we underscored that without a strategic, coherent approach, the risk is that the immediate benefits of increasing budget revenues will outweigh the long-term costs it will generate for the economy. The various scenarios that have been advanced recently have significantly increased the level of uncertainty and taxpayers’ lack of confidence. As tax rates are ultimately the prerogative of decision makers, AmCham has put forward a set of ten key principles that should govern a tax system aimed at increasing not only budget revenues but also drive sustainable economic development” said Alex Milcev, AmCham Romania Board of Directors Member.

AmCham Romania will continue to promote a constructive and substantial dialogue on priorities for the economic agenda, contributing with public policy recommendations and measures aimed at strengthening Romania's economic competitiveness.

Of which, according to ANAF classification,

That’s a Wrap for the 2022 SelectUSA Investment Summit

AmCham Romania: NEW AMCHAM ROMANIA BOARD OF DIRECTORS AND PRIORITIES FOR THE MARCH 2022 – MARCH 2023 MANDATE

AmCham Romania: Romania’s Inclusion Among the Six Countries to Begin the Discussions for OECD Accession is a Success, and Opens New Opportunities

AmCham Romania: AMCHAM PRESS RELEASE: The 2022 State Budget, When and Where to?