One Floreasca City, one step closer to completing a unique project for Bucharest 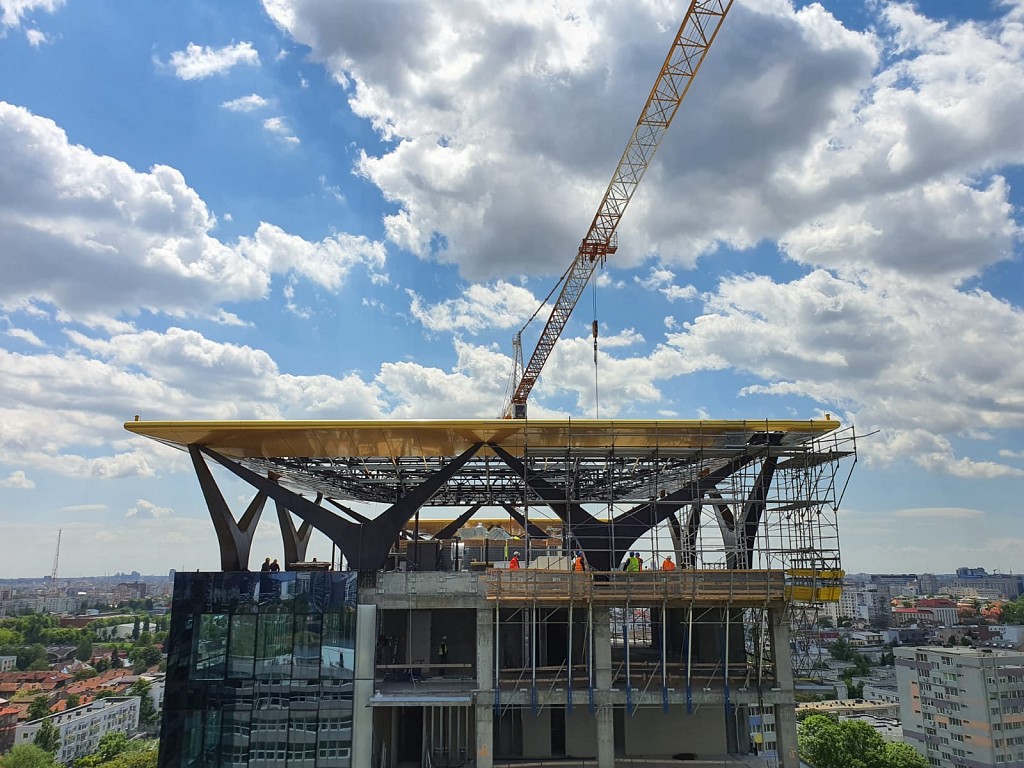 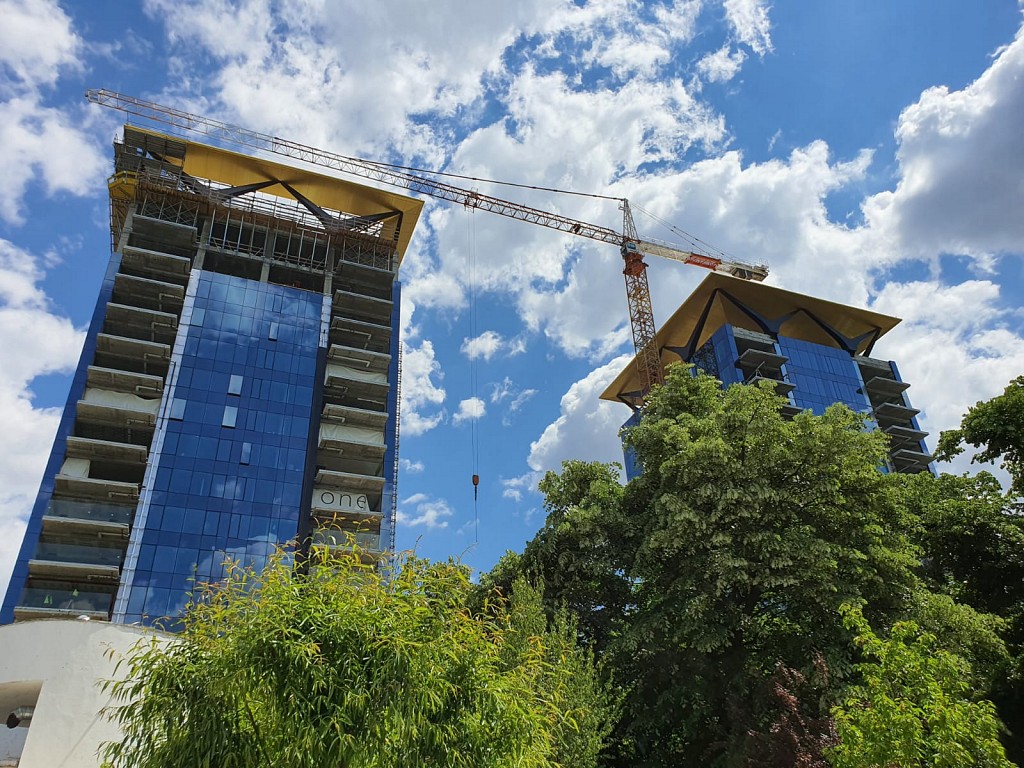 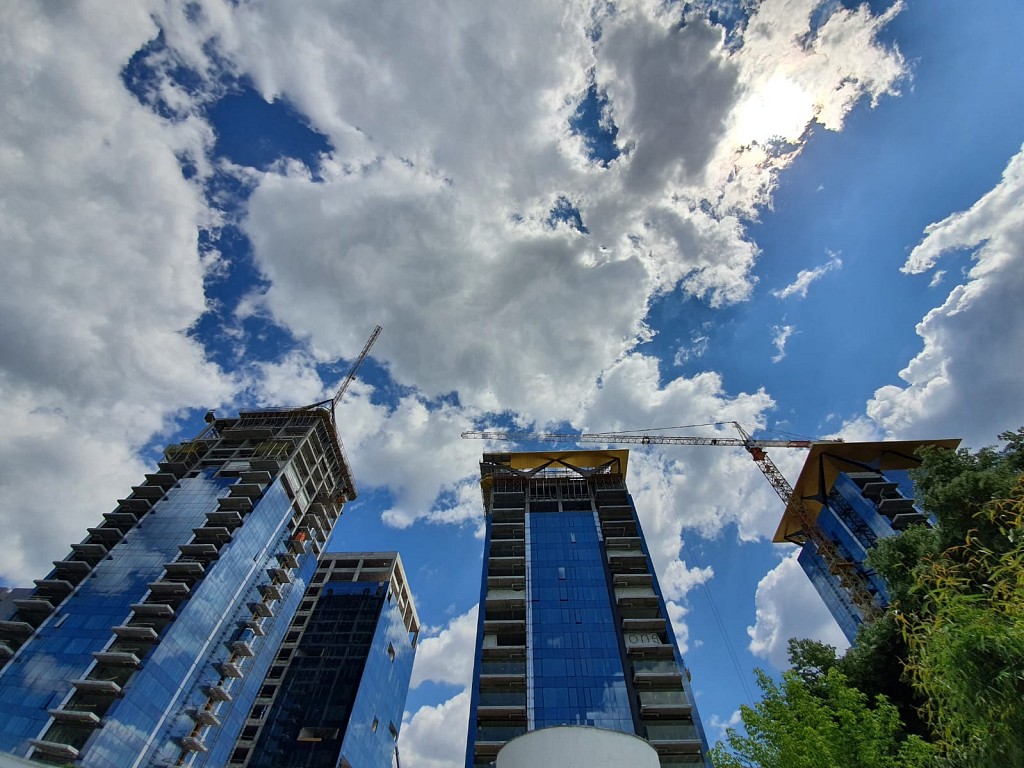 For the mixed-use project developed by One United Properties in Floreasca neighbourhood, structure is completed, facade is almost finished, and 80% of the residential component is already pre-contracted

Designed from the beginning as a unique multifunctional development on Romanian market, One Floreasca City is getting closer to completion. Started in May 2018, the construction of this emblematic real estate project is advancing, so that by the end of 2020 the first residents will be able to move here. Expression of a modern urban architecture, sustainability and contemporary design, One Floreasca City is shaping not only as a reference real estate project, but also as an active and modern community. At this moment, the structure for the multifunctional project is complete, the facade is almost finished, and 80% of the residential component is already pre-contracted, which allows the developer to meet the estimated delivery time for the end of 2020, both for the office component - One Tower, as well as for the residential one - One Mircea Eliade.

"One Floreasca City is a special project for us, we knew from the very beginning that it will have an extraordinary potential: a complex with multiple function, built at premium standards, in an exclusive area, worthy of a European capital. It is the largest construction site of this type in Bucharest at the moment, and our intention, as developers, was to bring to market a new concept of live-work-shop, that is a development with multiple functions, to offer the future inhabitant a commercial area, where he can do sports, shopping or other leisure activities, to have his house here, but also his office. It is estimated that by 2050 the world's population will increase to 9 billion, of which 70% will live in cities, and the challenge for developers is to keep these cities viable, with smart and well-designed buildings and a public domain that provides space and a healthy environment. Time is more and more precious for all of us, and people are interested in having everything they need nearby, and thus new  communities emerge. For One Mircea Eliade, the residential component of One Floreasca City, 80% of the units have already been sold", says Beatrice Dumitrașcu, VP Residential Sales One United Properties.

The first mixed-use sustainable development in Romania, One Floreasca City offers through its office component a leasable area of ​​24,000 sqm, equipped according to the latest technologies. One Tower office building has the most advanced LEED pre-certification on the Romanian market, LEED v4 Core & Shell at Platinum level and is ready to be WELL certified, being one of the first healthy buildings in Romania.

"In the new context, tenants are increasingly interested in the technical performance of a building, and One Tower responds to the highest demands due to the technologies used, and LEED Platinum v4 and WELL certifications confirm this. In addition, the employees of the future tenants will be able to benefit from moments of relaxation or the option to practice the sport directly in Floreaca Park”, says Mihai Păduroiu, CEO Office Division One United Properties.

One United Properties' investments in One Floresca City project will revitalize the entire area located at the intersection of Mircea Eliade Boulevard with Calea Floreasca. The investments target the use of premium construction materials, the implementation of energy efficient systems, but also traffic solutions.

The structure has been currently finished, and the facade is over 90% completed. The latter is also special and is made of facade elements, with double glazing, and with a foil inserted between the layers of glass that ensures the penetration of natural light, but at the same time prevents the transfer of energy to the outside. At the level of installations, the project will provide future residents with underfloor heating and fan coil units.

An architectural element that becomes the imprint of the towers are the golden "canopies", fixed in the upper part of the buildings. These domes can be found on all 4 towers in One Floreasca City, and their value amounts to over 1.5 million euros. However, they are not only an extraordinary design element, but they also have technical utility, because are able to easily support, if necessary, photovoltaic panels.

30% of the ensemble space will be allocated to the green areas, where pedestrian alleys will be arranged. At the same time, in order not to crowd the area, 3 basements were designed for underground parking, with 1,200 parking spaces. The complex will have 3 access routes, which are meant to ease the traffic. More than 1.5 million euros will be invested in infrastructure - a constant concern of the company for all its projects. The developer e company donated to the municipality 1,000 meters of land for the implementation of traffic solutions: widening the lanes on Calea Floreasca, with one lane on each direction, special traffic lights that will be implemented after the completion of the project.

The project of superlatives

One Floreasca City brings many advantages to the entire area, such as the redevelopment of Automatica park, the widening of the road area, the promenade area open to the public and parking spaces in the basement of the project, thus allowing pedestrians access to the neighbourhood. At the same time, it is a project of superlatives:

PwC Romania: PwC Global Survey: 70% of CFOs are very confident they can provide a safe working environment, but only a half think can manage employees’ morale