Add to my Calendar
Register Now

In line with the AmCham Statutes, AmCham Romania is pleased to announce that the 2023 ANNUAL GENERAL MEETING OF THE ASSOCIATION (AGM) will take place on March 23rd, 2023, in-person, at the InterContinental Athénée Palace Hotel Bucharest, Le Diplomate Ballroom (FORMER HILTON)[1].

During the AGM, the AmCham Romania Board of Directors will present the activity & financial reports for the past year and propose for your approval the 2023 objectives and budget.

The AGM also concludes the election process for the 6 (six) open seats in the AmCham Romania Board of Directors and 3 (three) seats in the Auditing Committee.

A detailed AGM Calling Notice was sent to all members, outlining the AGM agenda as well as the eligibility criteria, elections ‘procedure and calendar.

Please note that in the spirit of fairness towards all nominees, the February 17th, 2023 – 17:00 hours (EET) deadline is firm and will not be extended.  According to the AmCham Romania Statues, nominations from the floor during the AGM cannot be requested or received. Thus, companies intending to nominate candidates to run for a position in the AmCham Board of Directors or Auditing Committee, must follow the procedure described in the Calling Notice and Nomination Forms.

In accordance with the AmCham Statutes and the Operation Procedures, a Nomination Committee consisting of AmCham members appointed by the Board of Directors will review and validate the nominations received within the provided deadline to ensure that all required information is accurately provided.

After February 17th,2023 all members will be informed by e-mail and on the AmCham website regarding the candidates validated by the Nomination Committee and more information on the voting procedure will be provided.

The results of the election for the new members of the Board of Directors and of the Auditing Committee will be announced at the AGM on March 23rd, 2023.

Participation to the AmCham AGM is open to AmCham Romania Members, based on prior registration online here.

Add to my Calendar 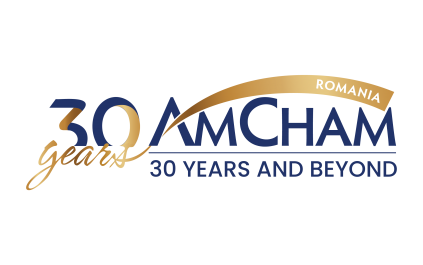