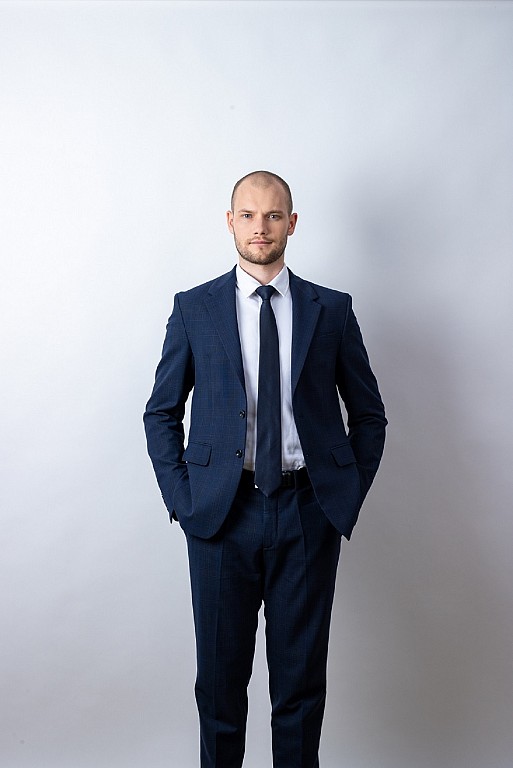 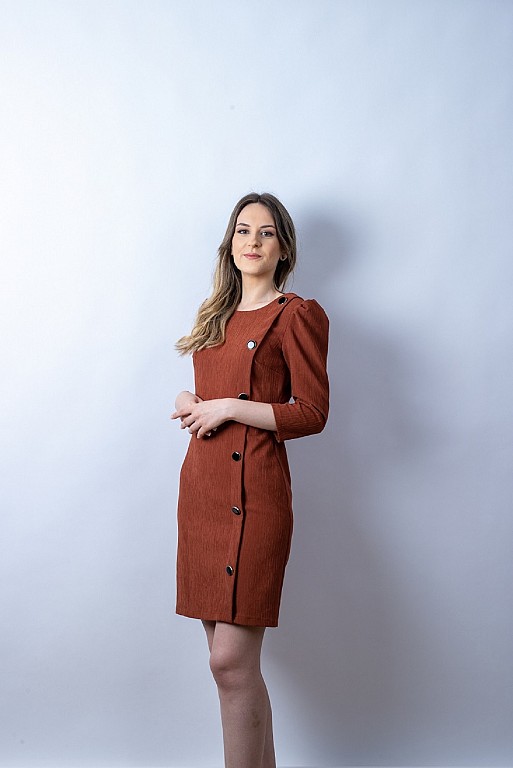 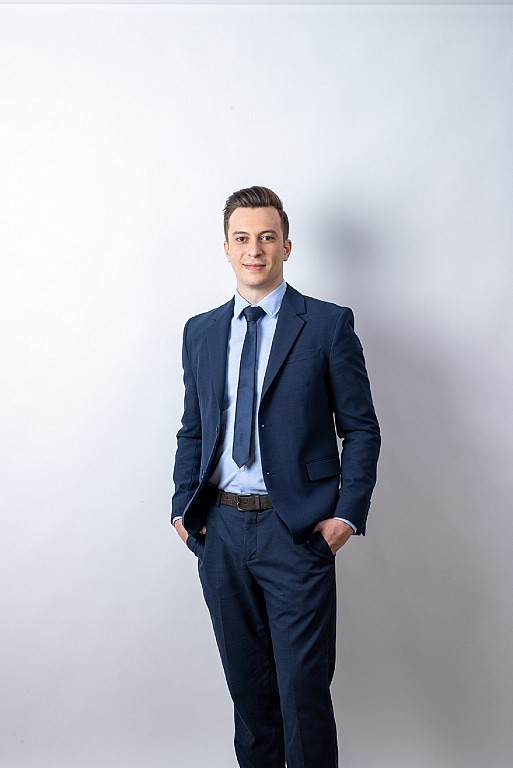 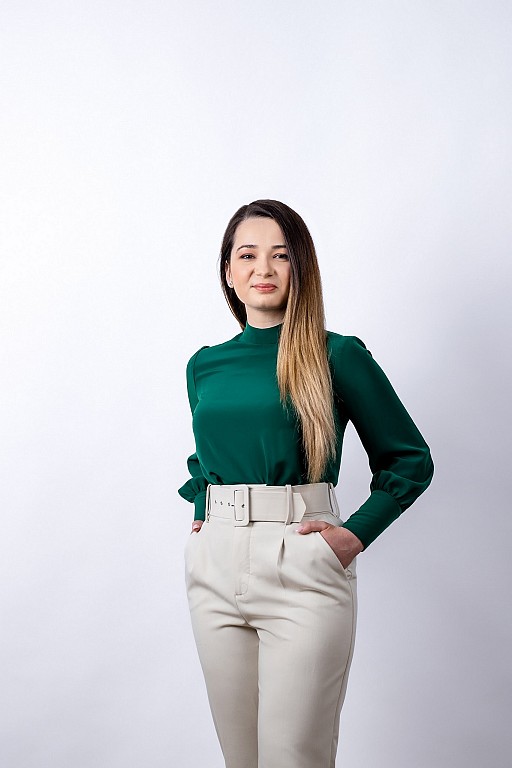 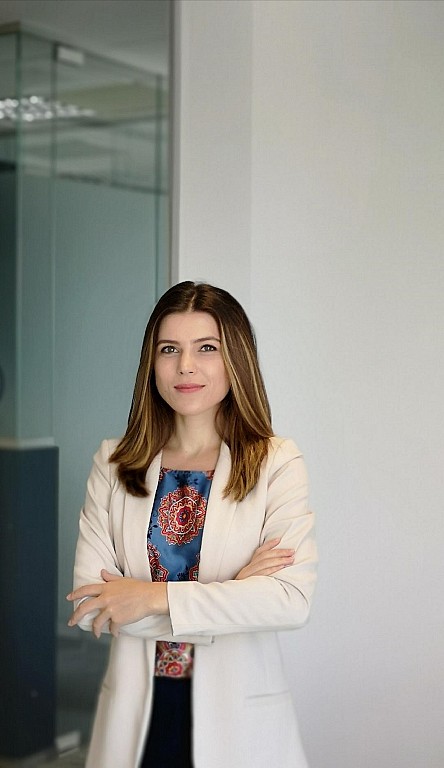 On 1 July 2022, Vladimir Plugărescu has joined Wolf Theiss as Senior Associate in the Projects, Energy & Infrastructure team. He has over 8 years of experience as a lawyer, focused on energy and natural resources, environmental law, healthcare, real estate, corporate and M&A matters. Before joining Wolf Theiss team, Vladimir was Lawyer at two Romanian law firms - NNDKP and Pachiu & Asociații, being responsible for legal assistance on many major projects and energy transactions. He previously worked as Legal adviser within two companies, where he advised numerous clients on regulatory and environmental matters for the development of commercial real estate projects and negotiation of FIDIC agreements. Vladimir graduated the Law School from the University of Bucharest in 2010 and holds a Master degree in International Business Law from the University of Tilburg, Faculty of Law (2011 promotion). In 2014, he was admitted to the Bucharest Bar.

Gabriela Pătrăşcan has recently joined Wolf Theiss as Senior Associate in the Dispute Resolution team. Previously, Gabriela worked at SCA Davo & Asociații as Lawyer and at CII Alice Matache Mirela as Trainee Insolvency Practitioner, providing legal assistance and representation in court related to various legal matters such as: insolvency procedure, limited liability claims initiated by third parties against the joint venture, annulment of shareholders decisions, termination of the lease contracts, disputes regarding the state obligation to issue an administrative act, cancellation of sale assets procedure in the liquidation procedure, registration of national trademarks. Before that, Gabriela was Senior Associate at SCP Mitel & Asociații, where she focused on providing legal assistance and representation in: disputes, enforcement procedure filles, appeals against enforcement documents/procedure, claims related to abusive clauses, European Union trademark registration, infringement of patents and destruction of imported goods in violation of intellectual property rights. Gabriela is a fully qualified lawyer since 2014. She has a L.L.B from the University of Bucharest - Faculty of Law, 2012 (Bachelor’s thesis "Abusive clauses in leasing agreements") and two LL.M., one Maîtrise en Droit Européen et International des Affaires from Université Paris I Panthéon-Sorbonne (College juridique franco-roumain d’études européennes), 2013 and one Master in Fiscal Law from the University of Bucharest - Faculty of Law, 2022. Also, in 2015, Gabriela graduated the National Institute for the Training and Advancement of Lawyers. She is member of the National Union of Insolvency Practitioner since October 2021.

Dumitru Colcer is an Associate with Wolf Theiss Bucharest office and member of the Dispute Resolution team. Before joining Wolf Theiss team in mid July, Dumitru worked for a top-tier Romanian Law firm, focusing on drafting and formatting legal documents and conducting various legal researches. In 2021, Dumitru graduated from the Law School at "Babes-Bolyai" University in Cluj-Napoca. In April 2022, he was admitted to the Bucharest Bar.

Roxana Balica has recently joined Wolf Theiss's Corporate / M&A team as Associate. Previously, Roxana worked for a Romanian Law firm, focusing on operations in connection with the Trade Registry; drafting sole shareholder decisions, general decisions of the shareholders, declarations, proxies and other necessary documents; providing legal advice and counsel for civil or commercial agreements, including drafting and interpretation of the clauses; representing and assisting the clients in front of the authorities. Before that, she was Associate within two local law firms. Roxana graduated from the Law School at "Babes-Bolyai" University in Cluj-Napoca in 2018 and then pursued a Master’s degree in Business Law at the University of Bucharest, Faculty of Law, in 2021. In 2018, she was admitted to the Bucharest Bar.

Marius Moldoveanu is an Associate in the Corporate / M&A team. Prior to recently joining Wolf Theiss, Marius was a legal intern at three local law firms. He was also a volunteer for the Red Cross and "Ideo Ideis". Marius has a Bachelor of Law from the University of Bucharest, Faculty of Law, 2021. Marius was admitted to the Bucharest Bar in April 2022.

Mid July 2022, Ioana Iacob has joined Wolf Theiss as Associate in the Employment team. Previously, Ioana worked for a Romanian Law firm, performing consultancy in several matters such as: civil law and corporate law, employment GDPR, intellectual property, tax law and litigation. She also offerred legal assistance and representation before the courts in civil law, contravention law and labor law matters. Ioana graduated from the Faculty of Law at the University of Bucharest in 2017 and then pursued a Master’s degree in Employment Law from the same university in 2018. In October 2018, she was admitted to the Bucharest Bar.

"We warmly welcome these six talented lawyers to the Wolf Theiss team. These newest hires by the Bucharest office are in response to the increased level of activity that we have experienced in Romania since 2020 and reinforces the Firm’s continuing commitment to (and expansion in) this market. For this year, we plan to continue strengthen the Bucharest office, in order to make it a leading choice for legal services and to increase our profile and presence on the local market", declared Bryan W. Jardine, Managing Partner Wolf Theiss Bucharest office.

Founded in 1957, Wolf Theiss is one of the leading law firms in Central, Eastern and South-Eastern Europe (CEE/SEE). We have built our reputation on unrivalled local knowledge which is supported by strong international capabilities. With 362 lawyers in 13 countries, over 80% of the firm's work involves cross-border representation of international clients.