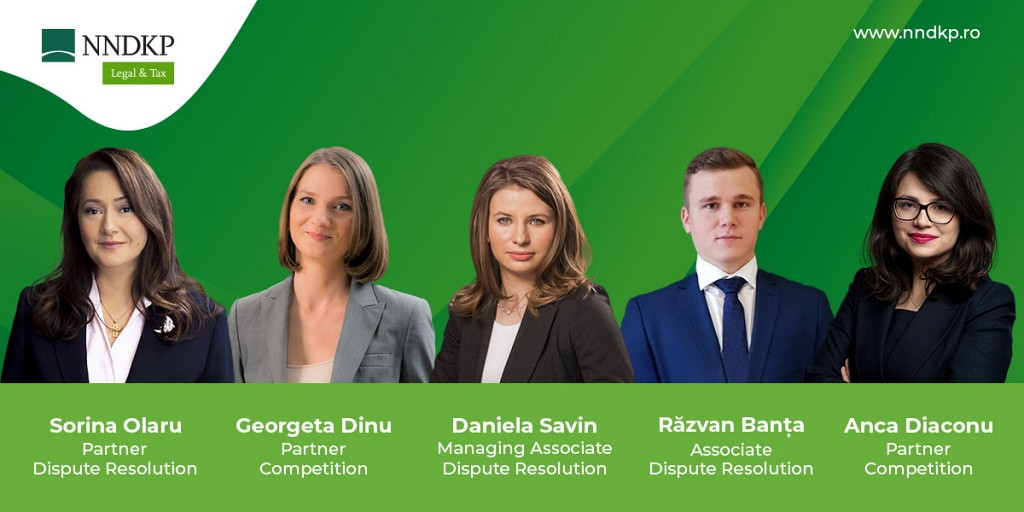 Nestor Nestor Diculescu Kingston Petersen (NNDKP) has obtained a major success, confirmed by a final decision of the High Court of Cassation and Justice (HCCJ), namely the annulment of a fine in excess of lei 24 million (approximately Euro 5 million) applied by the Competition Council for allegedly establishing anticompetitive agreements intended to limit prices in the context of the promotional campaigns carried out at the level of food retail chains between 2005 - 2009.

NNDKP has assisted and provided representation to a retailer against whom the Competition Council had imposed one of the highest fines applied in the context of the investigation (of over lei 24 million). Initially, the Bucharest Court of Appeals dismissed the claim filed by the company, seeking the annulment of the fine, and upheld the sanctioning decision.

The NNDKP team that provided assistance and representation in this complex case was coordinated by Sorina Olaru, Partner in the Dispute Resolution practice, and Georgeta Dinu, Partner and Head of the Competition practice, and included Daniela Savin, Managing Associate, and Răzvan Banța, Associate, members of the Dispute Resolution practice, and Anca Diaconu (Pascu), Partner in the Competition practice. The project is a new example of the efficient collaboration between NNDKP’s litigation and consultancy practices, due to the involvement of a highly specialized multidisciplinary team with extensive experience in litigation arising from competition law issues.

”After a difficult process that lasted for seven years, which entailed both notifying the Constitutional Court and obtaining a decision from the European Court of Justice, the dispute was resolved by a final decision rendered in favor of the retail chain. The decision is all the more valuable due to the fact that it is among the first final decisions ordering the annulment of a sanction imposed by the Competition Council in the context of the aforementioned investigation. We are pleased to have had the opportunity to bring our contribution to the resolution of a new dispute that helps to create a benchmark for the Romanian jurisprudence. We would like to thank our client for this opportunity! At the same time, I want to congratulate the entire NNDKP team involved in the project!”, said Sorina Olaru.

Nestor Nestor Diculescu Kingston Petersen is a promoter of business law in Romania and has been acknowledged, for more than 30 years, as a pioneer of the Romanian legal market. NNDKP offers full-service and integrated legal and tax advice to companies from diverse industry sectors. For the past three decades, NNDKP lawyers have provided expertise in landmark deals and projects in Romania, contributing to the evolution of the Romanian business environment, including in innovative and niche economic sectors that involved both international corporations and local entrepreneurs.

NNDKP represents Romania in some of the most prestigious international professional alliances - Lex Mundi, World Services Group, International Attorneys Club - and is a founding member of SEE Legal. The firm is constantly top ranked in all practice areas by the renowned international guides Chambers & Partners, Legal500 and IFLR 1000.