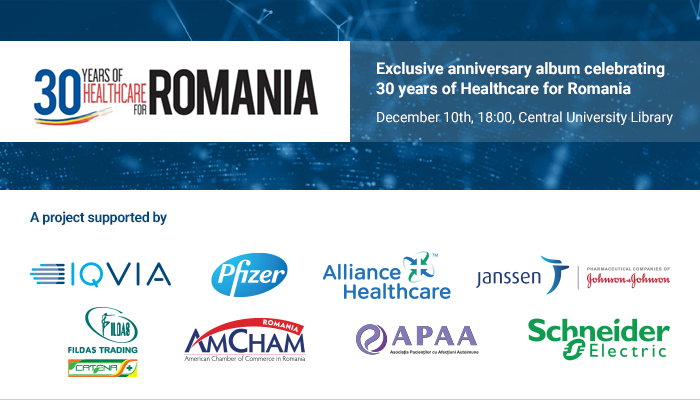 Issued in a limited edition, the anniversary album reveals 30 personalities which, for the past 30 years, have had the courage, energy and intelligence to deliver projects with a positive impact for healthcare environment in Romania.

The anniversary album has been achieved under the careful guidance of Cornel Brad, a well-known photographer and producer of artistic projects.

It will be launched during a special event on December 10, beginning with 18:00.

Claim one the 10 available complimentary invitations for AmCham Romania members at amcham@amcham.ro.