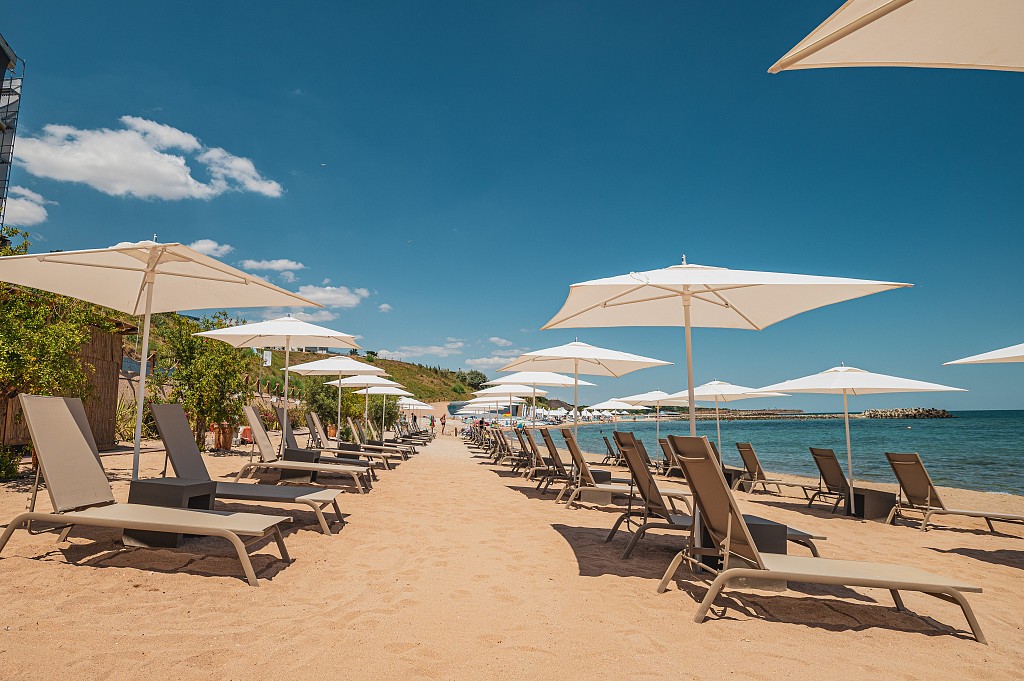 The latest project in the CERTION portfolio represents a first on the Romanian market and will be developed on a plot of approximately 4,000 square meters, in the resort of Neptun. "We will develop for the first time in Romania the concept of a campus for employees, a staff village, which includes accommodation and recreation facilities for staff employed in the projects operated by Loyal Paladin in the south part of the Romanian coast", said Bogdan Căruntu, Creative Director and Partner at CERTION.

The value of the investment in this project will be, in the first phase, approximately 1.5 million euros which comes in addition to the 500,000 euros invested in the first half of the year in the Moussay Beach Club Olimp. It brings the total investment plan estimated by CERTION for its projects developed in the south of the Romanian coast to over 62 million euros.

The campus will logistically support the activity of the Loyal Paladin company, which manages, and operates all projects and facilities developed by CERTION. Loyal Paladin is a company that entered the local market in the first half of this year and specializes in property management and hotel operation.

"This project represents a natural step in the development strategy of the hotel operation activity. We all know that the human factor is the most important pillar in providing quality services, and in order to have satisfied customers, you must first have satisfied employees. The aim of the new project is to offer them quality accommodation, but also recreational facilities where they can spend their free time in the most useful and relaxing way. Thus, the new project will also include facilities such as a restaurant, cafe, fitness room, supermarket as well as a medical facility", Căruntu explained.

In addition to accommodation and recreation spaces for employees, the new project will also include logistics functions such as multiple sorting and storage spaces

The development of the southern area of ​​the Romanian coast

The portfolio of branded residences developed by CERTION in the south of the Romanian coast includes five projects. The construction of the first such project, VOGH Olimp, was started last May and is due to be completed by the end of this year. GALILEO Olimp Resort & Residences is also in an advanced stage of execution, with construction started at the end of 2021 and delivery estimated in the second half of next year. The other three CERTION projects on the south of the Romanian coast are LAGO and SOLANTIS in Neptun and PHAROS in Olimp. All three are in the authorization stage.

"Olimp-Neptun was, still is and will always remain the premium area of ​​the Romanian coast. Here, you will never find the urban chaos of the other coastal areas. Tourists must understand that the Romanian coast is not only Mamaia. The growing interest of premium investors only confirms the status of this resort, but especially its development potential for Romanian tourists and beyond. And the constant and sustained involvement of the local authorities shows us that the investment in this area was a more than inspired business decision", explained Căruntu.

Quality facilities are an essential component in the service packages offered by the branded residences developed by CERTION. In this sense, CERTION opened Moussay Beach Club in June of this year, a project of more than 5,000 square meters of beach, bar, specially designed lounge and workation areas, sunbeds, restaurant.

"The first question when we talk about the south coast concerns the facilities that tourists will benefit from. Our involvement in the area is created around providing quality tourism experiences and services, operational every day of the year. MOUSSAY beach is a prime example from a long list of facilities that we will develop in all the areas where we are present and it is due to the belief that in the near future the SOUTH RIVIERA will become the main tourist destination of Romania, and not only in the summer season", concluded Bogdan Căruntu.

CERTION was created in 2015 by Cătălin Scripcaru, Cezar Ionescu and Bogdan Căruntu, top professionals in the industry, with recognized experience in the development of real estate projects. Over the past 20 years, CERTION's founding team has amassed an impressive portfolio of projects, all successfully initiated, developed and delivered. With an emphasis on challenging and visionary projects that go beyond the scope of most developer-initiated projects, CERTION has an approach designed to create a shared vision with communities and deliver both social and commercial value.