Adrian Mihai, one of the founders of FAN Courier, takes over the company’s CEO duties 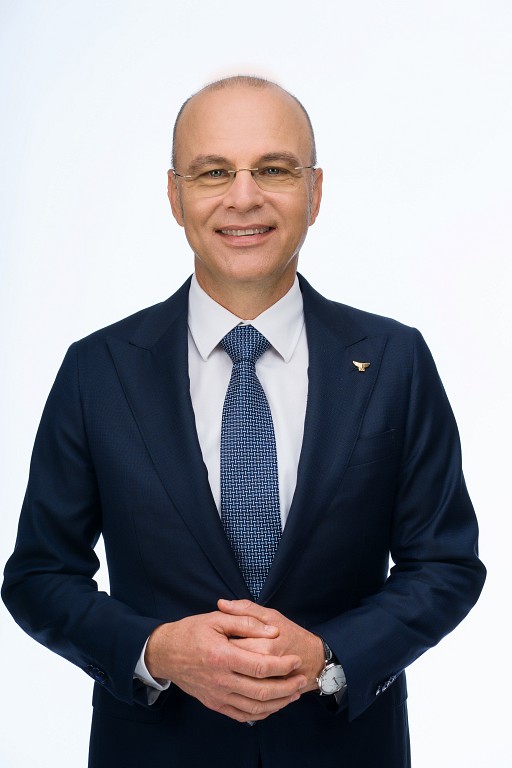 As of today (March 29, 2021), Adrian Mihai becomes CEO of FAN Courier. The Romanian company is the leader of the local courier market and was founded 23 years ago by Felix Pătrășcanu, Adrian Mihai and Neculai Mihai.

The company’s shareholders and the top management team have decided that Adrian Mihai, one of the company’s founders, should also take over the duties of Chief Executive Officer as part of the streamlining of the management and decisional procedures. Felix Pătrășcanu and Neculai Mihai, the other two founders, will continue to be involved in the company’s regular business and in the strategic plans aiming to develop FAN Courier and to consolidate its market-leader position.

“I took on the role of CEO of FAN Courier because, in these interesting times that we’re experiencing, we need to create a framework for faster decision-making and for maintaining focus on our goals. Even if I’ve been involved in the development of FAN Courier for over 23 years, my new position is a challenge. My hope is to continue, together with the management team, to grow the company just as well as we did until now and to strengthen our position of courier market leader. We are constantly making investments in order to be as useful as possible. I rely in this endeavor on the team that we’ve built, whose core values are courage, responsibility, honesty, and a desire for personal and professional development,” declared Adrian Mihai, FAN Courier founder and CEO.

Alumnus of the Academy of Physical Education and Sports, Adrian Mihai got into entrepreneurship when he was 21 and actively got involved in the growth of FAN Courier from its very launch. Throughout the evolution of the company, the new CEO was particularly focused on maintaining good client relationships and consolidating the company’s business portfolio.

“In its 23 years of business, FAN Courier developed continuously and recorded impressive business growth. In 2020 we managed to exceed 1 billion lei in turnover. As we’re entering a new stage and turning a new page in the development of FAN Courier, we thought it best to have a CEO. It wasn’t an easy process. At first, we thought we had to bring someone from outside, who would have needed time to adjust and understand the business. Every time, we thought that that person wouldn’t find great solutions to further develop the company. As a result, we finally thought it best to pick someone internally, from our top management. That doesn’t mean that we, the other two shareholders, will back off. We will stay with the company, but we’d like all decisions to go through one person only and, as a result, to streamline the management process and increase operational flexibility,” explained Neculai Mihai, FAN Courier co-founder.

FAN Courier, an all-Romanian company founded in 1998 by Felix Pătrășcanu, Adrian Mihai and Neculai Mihai, exceeded at the end of 2020 the turnover threshold of 1 billion lei, surpassing by more than 28% the previous year’s turnover as a result of the increase in activity generated by the pandemic. For 2021, the company is taking into account two scenarios to consolidate its market position, as well as investments of over 20 million EUR, including the completion of the HUB in Cluj-Napoca for which it has recently obtained the building permit.

“FAN Courier has had an extraordinary development following the concerted effort of the FAN team, which has grown with us, the shareholders, over time. For the further development of the company and for decision-making fluency, we believe that a certain flexibility is required that will make things move forward. The new CEO will make the connection between the shareholders' decisions and the team and ensure this intended flexibility at the management level,” said Felix Pătrășcanu, co-founder of the company.

The management of FAN Courier aims to continue the company’s development and consolidate its leading position in the courier industry both in Romania and in Central and Eastern Europe over the next ten years.

FAN Courier an all-Romanian company founded in 1998 by Felix Pătrășcanu, Adrian Mihai and Neculai Mihai. In 2006, FAN Courier became the leader of the Romanian courier market, a position it has constantly consolidated thanks to new investments and continuously introducing value-added services.

FAN Courier provides services to over 55,000 clients, mostly legal entities, with the help of a team of over 7,300 employees and collaborators and a car fleet of over 4,400 vehicles.

FAN Courier shipping and door-to-door delivery services are available both nationally, with a steadily growing number of cities & villages covered with no additional mileage charges, and internationally, thanks to the company’s robust partnerships.

The awards constantly received by FAN Courier in recent years represent a recognition of its business performance, its involvement in Romania’s economic development, its responsibility towards the community and of its founding shareholders’ involvement in educating the next generation of entrepreneurs.

In 2017 and 2019, FAN Courier won first place in Top 15 Superbrands Romania – the second time in over 10 years of awards when a Romanian brand ranked first and the first time when a company wins first place twice. Furthermore, FAN Courier is constantly among the companies included in the Top of Key Players in the Economy, prepared by a number of famous Romanian organizations and business publications: first place in the National Top of Private Companies in Romania (Large Enterprises category), prepared by the Chamber of Commerce and Industry of Romania; third place in the National Top of Private Companies (the categories Global Performance and Big Enterprise Productivity); 12th place in the Top of Best Known and Most Enduring Romanian brands, prepared annually by BIZ magazine; Best Courier Company, awarded between 2015 and 2020 at GPeC; and Courier Company of the Year in the Courier Excellence Awards Gala between 2014 and 2019.