From "punching the table" to "high five" in making decisions 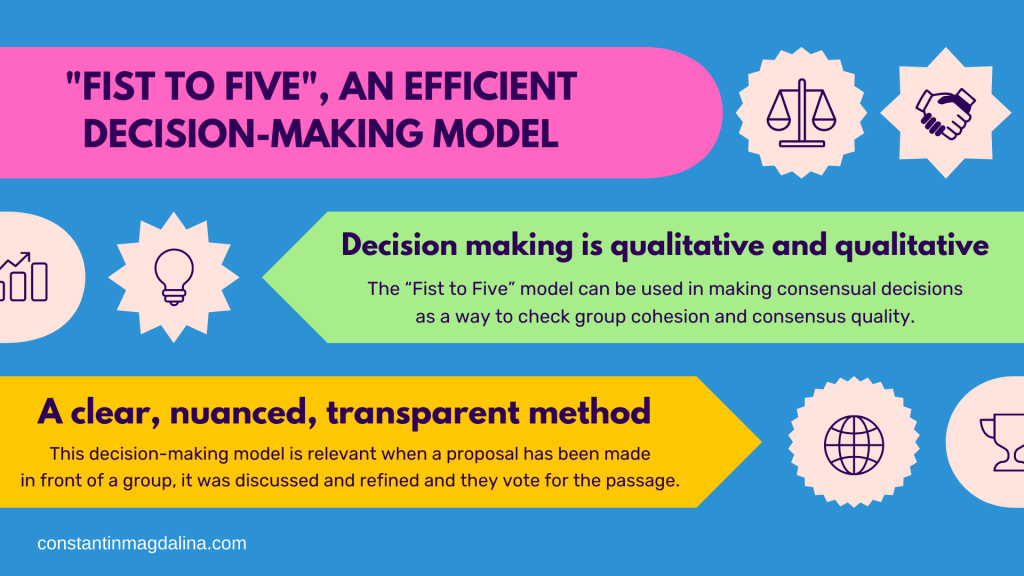 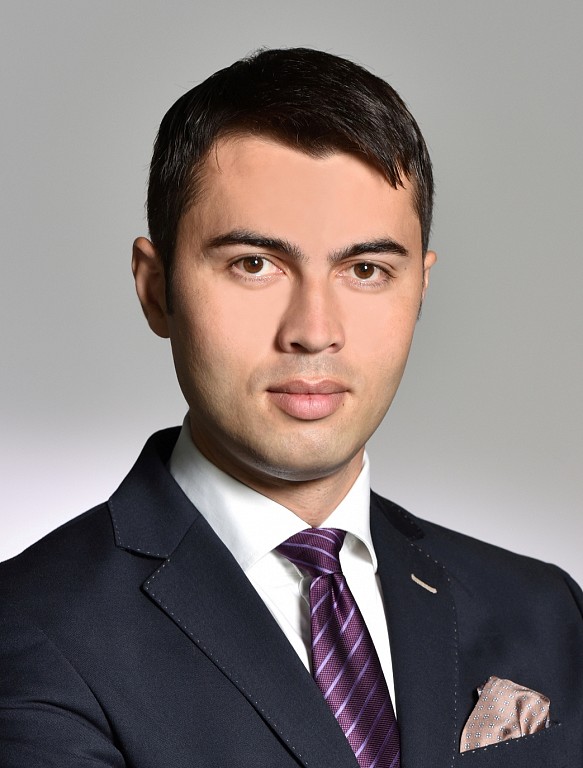 You lead a team or a company. Your company's success depends on your decisions. We like to think it's a structured process, that it builds up on the solid foundation of rationality, a process that identifies the issue, collects information, examines alternatives, and chooses a pathway for solution. By results, the decision is subsequently considered good or bad.

Habit does not mean excellence

We know all too well that this is often not the case. When making decisions about products, customers, resource allocation, and salary levels, leaders start from premises they have not investigated too much, and neither have they questioned. When asked why they decided to do so, their spontaneous answer is: “I have always done so and I have been successful. Why should I think differently?” Affected by their own experiences, prejudices, biases, leaders may decide based on wrong, confusing, or even costly practices. How do we proceed? In the end, a decision must be made, and even postponing a decision is a decision in itself.

Meetings issue "papers", but not decisions

In my 15 years of business experience, during which I participated in decision-making meetings at various levels, I found that no decision-making model applies, and this is the current reality. Yes, there is a schedule of meetings and decisions are made. There is a purpose, an agenda, and documents that are sent before the start of the meeting, there are minutes of the meeting and everything seems rigorously thought out. It's just that when it comes to decision-making, you hear opinions that are not based on data, on testing working hypotheses, methodical analysis of statistical anomalies, or a clarification of the distinction between cause and effect. You hear opinions, shared experiences that support predefined options, and managerial vanities.

Group or individual decision-making, many decision-making models have developed over time. Improvements can be made to each and many of them have appeared as an optimized version of the previous ones. In any case, the existence of a model gives a certain clarity and increases the chance of making decisions more appropriate to the situation to which it refers.

Unlike the common "Yes" or "No" voting model for group decision-making, there is a consensus-based decision model that better clarifies positions and better integrates everyone's contributions. This model is called "Fist to Five" and works as follows:

0. Fist – I am against or object and block the decision. Major changes are needed to vote for it.

1. One finger rised – I don't like the decision proposal, I barely support it, but it's not real. We need to discuss certain issues and make some changes.

2. Two fingers rised – I am quite comfortable with the proposed decision, but I would like to discuss some minor changes.

3. Three fingers rised – I partially agree with the proposal, but I still support this proposal for a decision.

4. Four fingers rised – The proposal is ok and I think it will work.

5. Five fingers rised – I strongly support the proposal. It's the best decision.

This decision-making model is relevant when a proposal has been brought before a group, has been well discussed and refined as needed, and is voted on.

People raise their hands with a number of fingers indicating their level of agreement with the proposal. Hands are held high and the room is scanned by everyone. In this way, everyone checks the general trend and not the individual opinions.

This is resolved, followed by a second and final vote, which is the final vote. The low quality of the vote is indicated by the high number of 1, 2 and 3 fingers, in which case an "intermediate" decision is taken, the results of which will be closely monitored and which will be reviewed at a precise date.

From responsibility to ownership

If the vote is divided between those who support and those who are against the proposal, without a clear majority, even if it is a weak agreement of the group, the members of the group know that they have more work and that the agreement is not lasting. Controversy is expected and a plan to reconcile polarized options must be devised.

Unlike expressing clear “Yes” or “No” options that eliminate nuances and coarsely adopt or reject aspects that can be improved or maintained, the “Fist to Five” model introduces qualitative elements of the “Yes” option. The first is "No", all the others being fragments of "Yes" or "Yes" with different levels of involvement.

Decision making is both quantitative and qualitative

This decision-making approach moves the decision from a quantitative majority vote to a qualitative vote, which leads to a critically analyzed and better-informed decision. In addition, the "Fist to Five" model can be used in making consensual decisions as a way to check group cohesion and consensus quality.

Yes, it is difficult for everyone to agree and yet a decision must be made. However, people whose views differ from the majority have not been listened to and are being put into action will not have the real support to do so.

A head of department or team leader without adherence to what has been decided, will slow down implementation or even passively sabotage it. Therefore, the integrative and measured approach helps the quality of the decision, and its acceptance and increases the probability of success in implementation.

Constantin Măgdălina has 15 years of working experience, while he performed in multinationals both in Romania and abroad. Constantin has a master’s degree in Marketing and Business Communication from the Academy of Economic Studies in Bucharest. He is certified in Lean Six Sigma and ITIL which provide him with a good understanding of processes and transformations within organizations. The Chartered Institute of Marketing certification further complemented his expertise and knowledge in business. In those over 4 years of working activity in a Big4 company, he initiated and conducted studies that analyzed different aspects related to the business environment in Romania such as the economic growth predictions of companies in 2013-2016, knowledge management, the buying experience in the age of digital consumers, social media 2013-2015, the utilization of mobile devices in Romania. He is the author of numerous articles on topics related to innovation, the efficiency of business processes, social media, the consumers’ buying experience in the age of digital, trends, and emergent technologies. He is invited as a speaker at numerous events and business conferences.

Valoria Survey: Fall Edition of the "Business Outlook in Romania"

How do you implement agility in your company?