Valoria survey: 63% of companies say they will change radically in the next 3-5 years due to digitalization 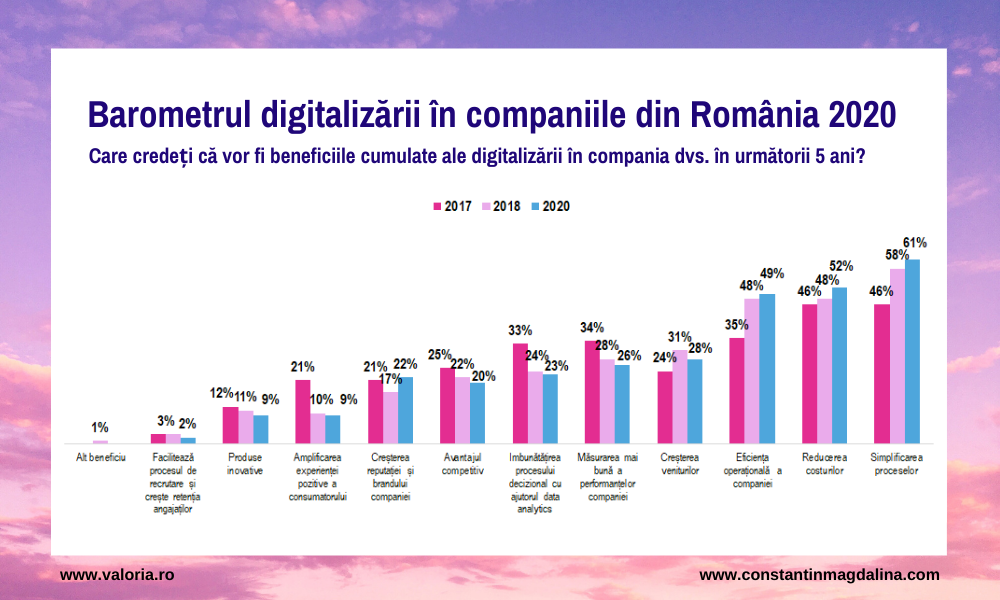 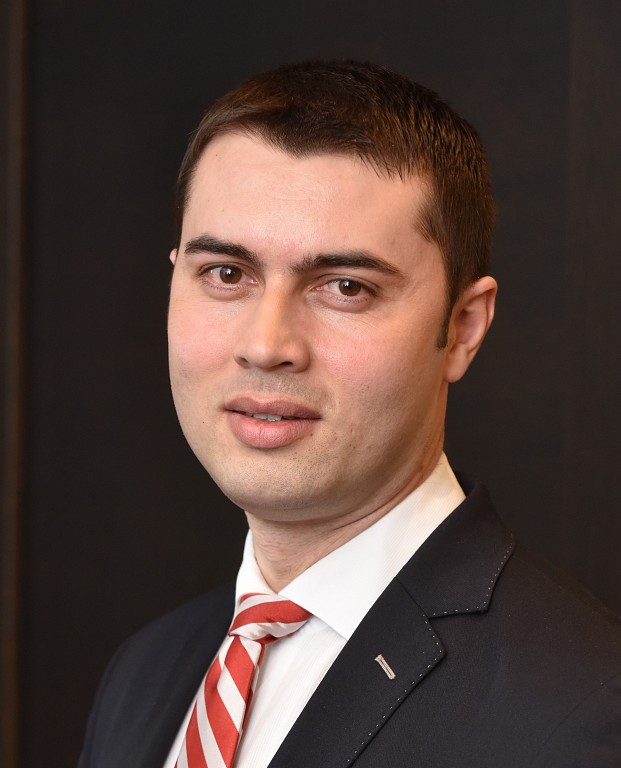 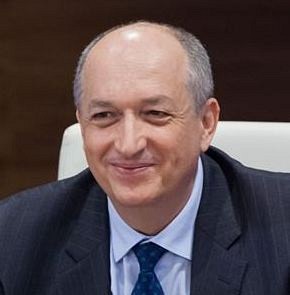 According to the survey "The Barometer of digitalization 2020" conducted by Valoria in collaboration with Doingbusiness.ro, although only 4 out of 10 companies (41%) gave responsibility for this process to a member of management, 6 out of 10 (63%) say that their way it will change radically in the next 3-5 years due to digitalization.

"The Barometer of digitalization is the survey that shows how companies in Romania approach digitalization. The report shows relevant results by the distribution of respondents according to industry, revenue, leadership position as well as comparative data from the three editions conducted so far. Like a contrast agent, this study highlights the approach companies are taking now. The classification of companies by maturity levels, the identification of the obstacles they face and the measurement of the impact of digitalization on turnover, profit, number of employees or company value make the Barometer of digitalization a valuable reference”, says Constantin Măgdălina, Trends and Technologies Expert Emerging, co-author of the research.

Only 8% of companies are leaders in digitalization

The digitalization process is a complex one because it is related to many aspects of a company's life, from business model and field of activity, to strategy, processes and resources. Compared to the results of the 2018 study, in this year's edition the percentage of companies with inappropriate technologies that lead to a limited use of digital data decreases slightly, from 23% to 21%. The largest decrease, from 37% in 2018 to 31% in 2020, is seen in companies that have started to implement digital technologies and/or develop a strategy for digital transformation.

Furthermore, the main obstacle that companies see in the way of digital transformation is the very perception they have at the moment that they do not have digital consumers. This indicates the need for a better understanding of the mechanisms of digital interaction with consumers, given that the preference for online shopping is intensifying. In second place, 35% of companies in 2020 vs. 38% in 2018, say that the main obstacle is resistance to change, followed by third place of 33% in 2020 vs. 40% in 2018 who perceive the associated costs as too high.

57% of companies say they have been heavily influenced by digitalization

In 2020, 57% of companies compared to 47% two years ago, say that digitalization has already had a big influence on them and 5%, compared to 2% in the previous study, say it had no influence. Moreover, 63% of companies, compared to 53% in 2018, say they are confident about digitalization because they have the knowledge to navigate this process. On the other hand, 37% still have difficulties related to the digital transformation. Of these, 19% are somewhat skeptical that they will capitalize on this trend. Only 2% of companies say they don't think digitalization is good for the company.

It is noteworthy that 78% of companies strongly influenced by digitalization are confident and consider that they have the necessary knowledge to go through this process. On the other hand, the percentages of those who are somewhat confident that they will capitalize on this trend are still the highest (57%) among companies that say they were medium influenced by digitalization, almost equal (46%) with the least influenced.

33% of companies say they have competitors very affected by digitalization

Beyond the transformation at the level of technology and processes, the strongest transforming effect that digitalization has is at the level of the business model. Thus, in 2020, 37% of companies in Romania, compared to 25% in 2018, believe that digital business models have greatly changed the industries they belong to. However, the percentage of responding companies that consider digital business models as a threat decreases from 21% in 2018 to 5% in 2020, which shows that digitalization has become, at a perceptual level. part of the life of companies and is no longer considered something unusual, threatening or new.

"In the pandemic, more and more companies have become convinced of the importance of digitalization. Firm options for a mode of operation that favors tangibility have collided with the new reality that proposes the intangible. The result of this realization is the growing need for companies to focus on digital transformation. According to the Barometer of digitalization, the digitalization process among Romanian companies is progressing timidly. Forced by circumstances, top managers take into consideration adopting digital products and allocating resources to digitally transforrn the companies they run”, says Dumitru Ion, CEO, Kompass Romania & Doingbusiness.ro, co-author of the research.

Valoria Business Solutions is a company providing training, consulting and executive coaching services. The company's mission is to transform the potential of teams and organizations into value. Competence, confidence, innovation and passion are the values that sustain us in everything we do. We believe in people, in their aspiration for personal and professional fulfillment, and their willingness to accelerate their potential. Learn more about us at: www.valoria.ro.

How will we manage to sell in 2021? Eight notable trends.

Be the company that your customers endorse

The trends that will mark B2B marketing in 2021

Deloitte Romania: Deloitte report: Electric vehicles sales are expected grow annually by 30% over the next decade, and one in three new cars sold globally will be electric by 2030

Asociatia pentru Relatii Comunitare: ARC & EVALUESERVE Launch the "Turning Disability into Employability" Study in a Live Event on December 3 at 10: 00 am