Valoria business outlook survey: Managers say that lowering the taxation of work is the main measure that would lead to the improvement of the business environment 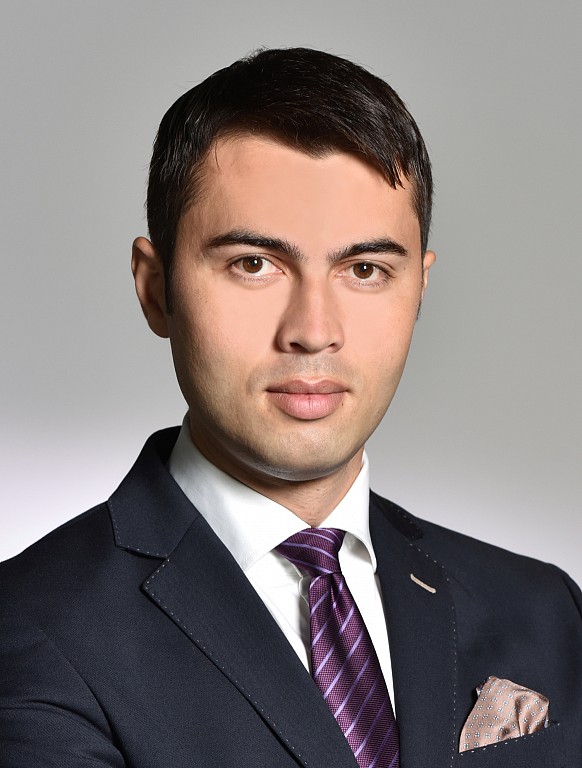 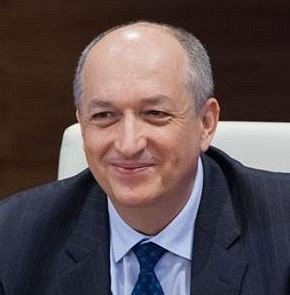 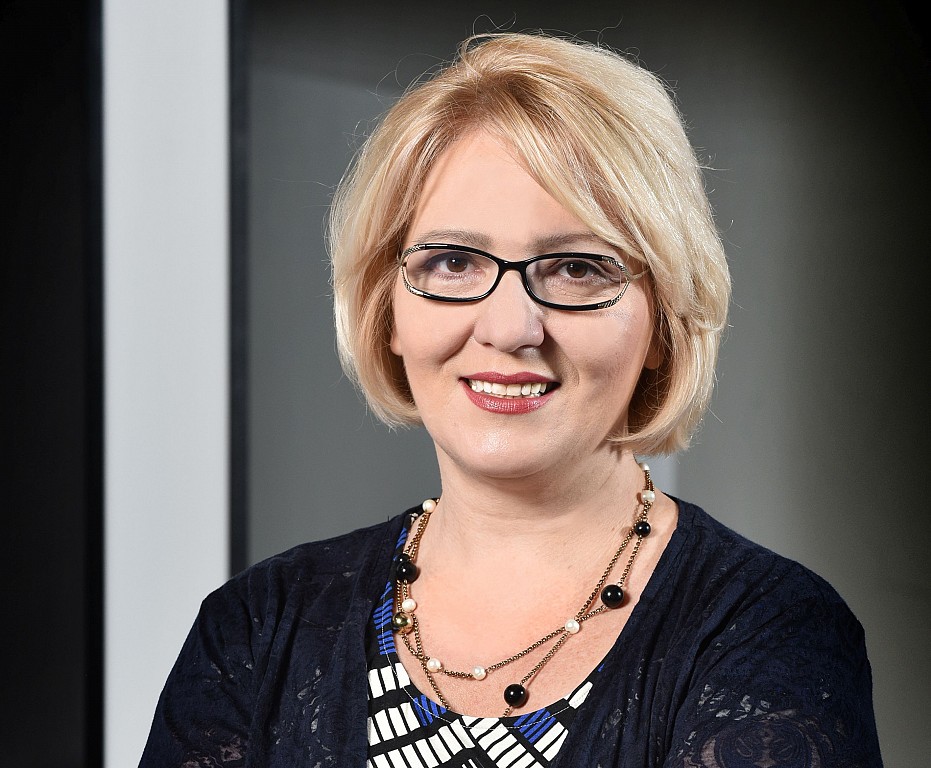 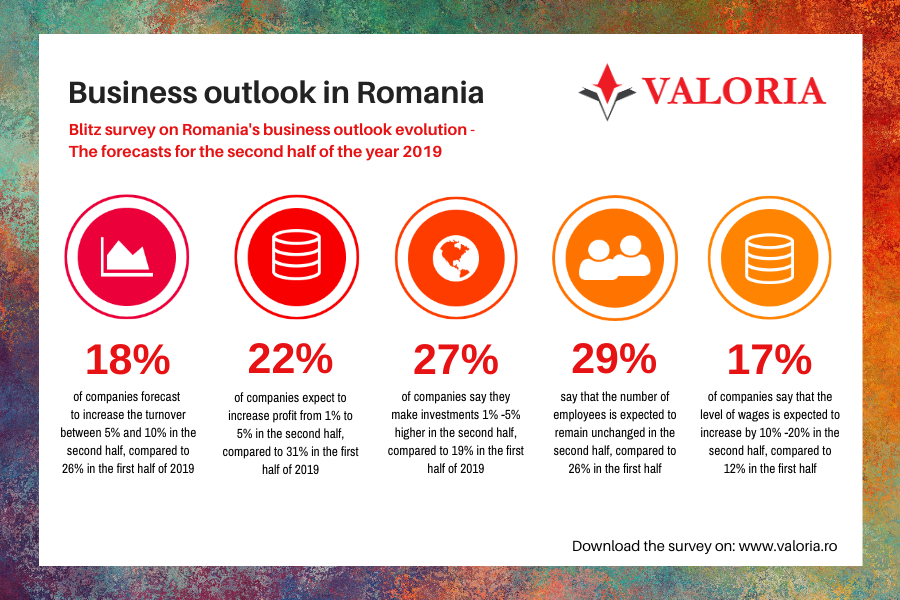 The new edition of the survey "Romanian Business Outlook in 2019" launched today by Valoria and conducted in partnership with Doingbusiness.ro, presents the comparative data from the first and second semesters, offering a unique perspective of how companies forecast business evolution in 2019.

In the opinion of the CEOs of Romanian companies, one of the measures that would improve the Romanian business environment in the first place is the decrease of the taxation of work (84%), followed by the control and limitation of the tax evasion (72%) and the development of the infrastructure (61%) between the 421 answers.

Romanian Business Outlook in 2019 shows the companies' feedback on the economic measures and market conditions of the last year. The factors and the context in which companies operate affect their ability to obtain and use resources to generate value. Risk perception, economic climate, proposed objectives, industry, and company risk guide the decisions regarding investments, employees and salaries. The results of the research show that "the Romania of companies" is very little confident in "the Romania of official statistics" and provide us the perspective of reality "on the ground”, says Constantin Măgdălina, Emerging Trends & Technologies Expert, co-author of the survey.

Forecast on the evolution of the turnover

Compared to the edition from the beginning of 2019, the growth perspective of companies in the second semester is more conservative. We see an 8pp decrease (percentage points) of companies expecting higher turnover by 5%-10%, partially offset by a 5pp increase of those forecasting a 10%-20% increase in turnover. At the same time, the percentage of companies that expect to maintain turnover in 2019. increases by 6pp. At the level of industries, the largest increase in turnover of 20% -30% is predicted by 19% of the food and agriculture companies.

Forecast on the evolution of the profit

The forecasts regarding the evolution of the profit from the second semester of 2019 are slightly more pessimistic on the growth level 5%-10%, but more optimistic on the higher levels. Although 32% of companies (compared to 26% previously) expect their profit to increase between 10% and over 30% this year, we see increases on some levels of negative evolution. It maintains approximately the same percentage (9% as against 8%) of the company that says that their profit will not increase in 2019. At the level of industries, the most important profit growth, of 10%-20%, is expected by 32% among companies in the pharmaceutical and healthcare industry.

Compared with the results of the survey in the first half of the year, those in the second half show adjustments to the turnover and profit that can be made in 2019 compared to the estimates at the beginning of the year. Even if in a slight improvement, the crisis of confidence persists and leads to increasingly cautious economic behavior, says Dumitru Ion, CEO Kompass Romania and Doingbusiness.ro, co-author of the survey.

Forecast on the evolution of the investments

Forecast regarding the evolution of the number of employees and wages

Of the analyzed industries, the one that estimates the highest growth is the Agriculture and Food industry, in which 24% of companies expect 5%-10% increases in the number of employees this year.

Public sector wage growth is not as much shored up in the private sector, and the confidence that this year will be favorable, albeit at low levels, shows a marginal increase in the second half compared to the first. After a year-end dominated by the electoral stakes, we will see the results of 2020, says Diana Dumitrașcu, Executive Director Doingbusiness.ro, co-author of the survey.

The most important challenges for companies in the second half of 2019 are: attracting and retaining the workforce (62%), increasing competition (55%), managing business expansion (34%), increasing costs (28%) and collecting invoices ( 26%).

For the Romanian companies, the most important opportunities reported in the second semester of 2019 are: demand growth (43%), new products and business lines (41%), re-technology and digitization (34%), development on foreign markets (28%) ) and access to European funds (28%).

Romanian business outlook in 2019 reveals the portrait that the business environment in Romania makes to the real economy. economic. Compared with the results of the edition from the beginning of 2019, the results of the second half edition are adjusted negatively, against the background of challenges coming mainly from the labor force area (attraction, retention, motivation, taxation). Responsive to the legislative changes and the evolution of the environment in which they operate, the managers „prepare for winter”, says Elena Badea, Managing Partner Valoria.

Valoria Business Solutions is a consulting, training, and coaching company. The mission of the company is to transform the potential of teams and organizations. Competence, trust, innovation, and passion are the values that we support through everything we do. We believe in people and their aspiration of personal and professional fulfillment and in their desire to accelerate their potential. Learn more about us on: www.valoria.ro.

Life in the „touchless” economy