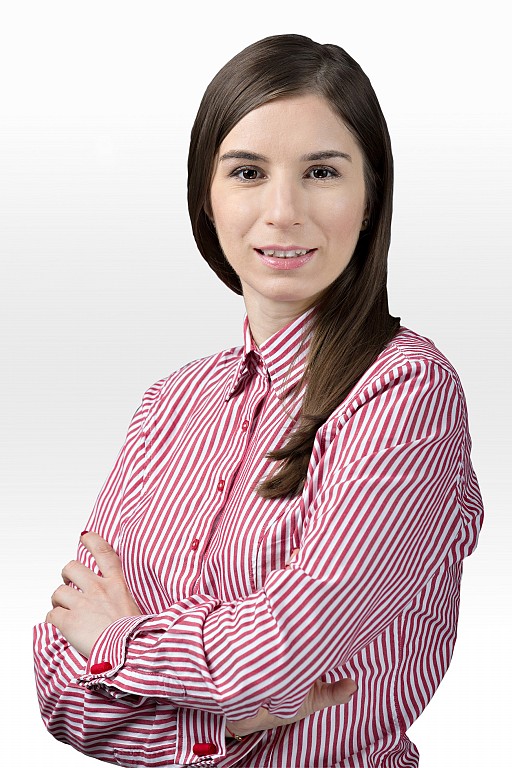 Poliana Gogu-Naum, Counsel RTPR, wins for the second consecutive year the Rising Star distinction for Romania, as a recognition of her efforts and contribution to large-scale projects in 2020. The Rising Stars Europe Awards competition is organised by Euromoney Legal Media Group, a legal editorial trust from the same group as the prestigious IFLR1000 guide, and aims to identify the leaders of the new generation of lawyers both in the most important practice areas and at local jurisdictional level.

"I am extremely grateful to be again among the winners of such an important competition as the Rising Star Europe Awards, where our dedication is recognised by international experts. My results continue to be noticed and appreciated, and this can only make me happy and motivate me even more to overachieve.” - Poliana Gogu-Naum, Counsel RTPR.

The competition is dedicated to lawyers under 40, with professional experience of up to 15 years. The Euromoney Rising Stars jury chooses the winners following an extensive evaluation process, based on their professional achievements and influence in their practice area in the previous year. The feedback of clients and peers plays an important role in the decision as well.

"We have already got used to Poliana’s exceptional results and we are glad that she is recognised at high level. And she truly deserves it, now even more, since the award is granted for her activity in 2020, an extremely difficult year, full of unknown and challenges at all levels. Despite this, we continued to perform as a firm and Poliana had a valuable contribution to all the projects she coordinated or was involved in. I would like to congratulate Poliana and to thank her and the entire team for the excellent reputation that RTPR has on the local and European markets!” - Victor Pădurari, RTPR Partner.

Poliana Gogu-Naum has been part of the RTPR team since 2007 and has developed extensive experience and knowledge in various areas of law during her 14-year career. She specialises in advising domestic and international borrowers and banks on banking & finance matters such as corporate finance, leveraged finance or real estate finance. Poliana is recommended in all major international legal guides, being ranked as "Next Generation Lawyer" for Banking and Finance in Legal 500, "Highly Regarded Lawyer" for Banking and Capital Markets in IFLR1000 and "Up and Coming" for Banking & Finance in Chambers. In 2020, Poliana was also awarded Rising Star for Romania for Banking and Finance from Legal Media Group’s Experts Guide, part of the Euromoney group.

RTPR is one of the most experienced and appreciated law firms in Romania, recognised as such by the Legal 500, Chambers and IFLR 1000 - the most reputed international legal directories - which constantly include RTPR on top tiers in their rankings for various practice areas, such as Banking and Finance, Corporate/M&A, Capital Markets, Dispute Resolution, Competition, Energy and natural resources, Real Estate and Construction, Employment and Intellectual Property.