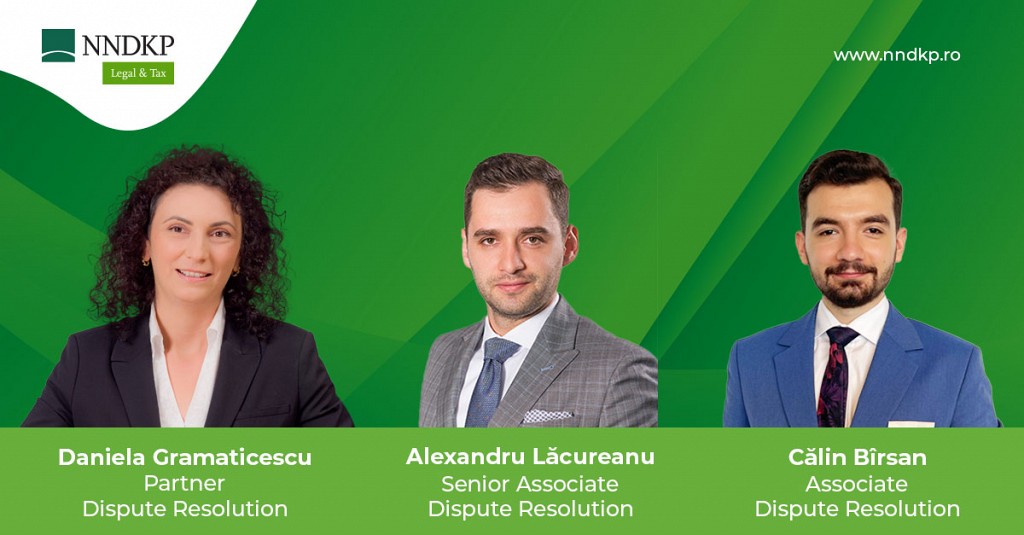 Nestor Nestor Diculescu Kingston Petersen (NNDKP) successfully represented Societatea Națională a Apelor Minerale SA in a complex dispute, generated by illegal findings of the Romanian Court of Accounts, which raised complicated issues of European and national law concerning the method of calculating the mining royalty related to the production of mineral water.

Societatea Națională a Apelor Minerale S.A. („SNAM”) is the most important company in the field of research, exploration and exploitation of natural mineral water resources in Romania, holding 45% of the licenses in the market, currently supplying, through authorized partners, approximately 75% of the volumes of natural mineral water bottled by companies active in this field.

SNAM’s arguments, as developed and presented to the court by NNDKP, were validated by the High Court of Cassation and Justice of Romania in a solution that we welcome, which confirmed, once again, the importance and priority of the principles of legality, economic freedom, legitimate expectations and of legal certainty, specific to a democratic European state, which do not allow abuses based on mere suspicion and presumption.

The NNDKP team that assisted Societatea Națională a Apelor Minerale SA during the course of the dispute included Daniela Gramaticescu, Partner, Alexandru Lăcureanu, Senior Associate, and Călin Bîrsan, Associate, members of the firm’s Dispute Resolution practice, team that has successfully managed a wide range of fiscal and other administrative disputes.

“We are pleased with the successful resolution of this dispute and the confirmation by the courts of the fairness and correctness of our defenses related to such complex technical legal matters. The solution reflects our team’s efforts, but, first of all, is the result of an impartial, objective, and very well prepared justice, which only makes us happy”, said Daniela Gramaticescu.

NNDKP's Dispute Resolution Practice coordinated by Ana Diculescu-Șova is independently recognized as a force in the area of arbitration, litigation and dispute resolution, being constantly highly ranked by reputed international guides such as Chambers and Partners, since 2007, and The European Legal 500 guide, since 2002. With 9 Partners coordinating a team of over 40 litigators active in Bucharest and in the other regional offices, NNDKP has the necessary resources to handle complex cases, which include several parties or extend over many years, and can offer sustainable strategies in order to mitigate potential future risks.

Nestor Nestor Diculescu Kingston Petersen is a promoter of business law in Romania and has been acknowledged, for more than 30 years, as a pioneer of the Romanian legal market. NNDKP offers full-service and integrated legal and tax advice to companies from diverse industry sectors. For the past three decades, NNDKP lawyers have provided expertise in landmark deals and projects in Romania, contributing to the evolution of the Romanian business environment, including in innovative and niche economic sectors that involved both international corporations and local entrepreneurs.

NNDKP represents Romania in some of the most prestigious international professional alliances - Lex Mundi, World Services Group, International Attorneys Club - and is a founding member of SEE Legal. The firm is constantly top ranked in all practice areas by the renowned international guides Chambers & Partners, Legal500 and IFLR 1000.