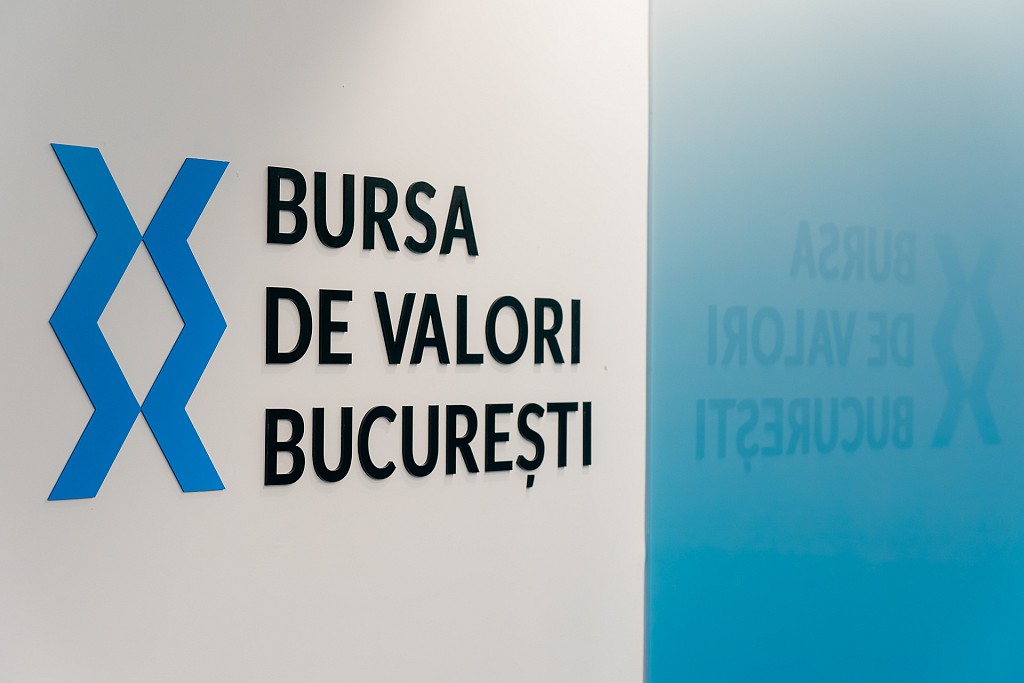 Bucharest Stock Exchange (BVB) will have a new brand identity as of October 2021. Its new identity aims to reposition the brand as a suitable choice for the investments of each Romanian and a catalyst for the development of companies in Romania. In a modern and current stye and visual language, BVB aims to attract new companies, partners, and investors and, at the same time, to reinforce its role as a hub of the local capital market and a landmark for economic evolution.

The new identity places the BVB brand into the current context, governed by digitalization, giving it a minimalist, scalable and easily recognizable shape. The symbol is a stylized interpretation of the previous one, inspired in its execution from elements of Romanian iconography. In its new shape, it perfectly integrates the idea of past and future and poignantly conveys the values that helped develop BVB over time.

“Own the Future. Invest in it”, the new slogan that highlights the brand vision

The slogan is inspirational and summarizes the brand vision - a catalyst for changing tomorrow, the future - and creates a link for the future together with those it targets.

The new symbol, a part of the BVB logo, is conspicuous by its simplicity and status and is a stylized interpretation of the previous, where the two “B”s were facing each other. The new symbol reinterprets in this way a specific identifier of the Exchange, preserving the message of responsibility and stability. Thus, the new logo, in its iconic form, integrates the past, making it part of what the Exchange is, at the same time conveying agility, orientation towards the future, and vision. The new color gives the brand a daring and fresh identity, needed in the building of the image of a dynamic, modern, and accessible investment platform.

Bucharest Stock Exchange, in a New and Dynamic Stage of Development

“With the new identity we respect our history and enhance our future. We are at a point of inflection where the Exchange new look has become a necessity. Romania has been awarded the status of Emerging Market, which it builds upon and which it will expand among global index providers. Meanwhile, more and more companies resort to capital market mechanisms for funding and development. Moreover, next December we shall celebrate 140 years since the Exchange has been part of the Romanian context. We are drawing on the opportunity this provides, namely in developing the BVB brand to better communicate what it represents for the Romanian entrepreneurs and investors. We wish to reinforce the exchange position as a feasible mechanism for company funding and growth, as it has become evident that we can no longer seriously talk about economy without including the stock market into the conversation. In other words, we wish to become one of the main pillars of the funding ecosystem for local companies” stated Radu Hanga, President of the BVB Board of Directors.

“Today is an important stage in the BVB brand communication. Together with our and our partners, alongside the technical solutions available and the new brand communication that is now reinforcing our vision, we can develop a representative stock exchange for the new stage which the local capital market has reached. I am proud to lead the team who made it possible for the stock exchange to reach a fundamental stage in its development. The new brand identity has emerged from the need to align the stock exchange image with market development projects, the most important one being the Central Counterparty, which will become operational by the end of next year. In essence, we are developing the capital market both horizontally and vertically, so that investment on the stock exchange may become a habit for the Romanians. The new BVB slogan aims to drive, motivate and inspire because the stock exchange is for every one of us, and only by investing we can ensure a better future”, said Adrian Tanase, General Manager of BVB.

The rebranding project was developed together with Propaganda Brand New, the branding division of Propaganda Group. “In the rebranding exercise, we aimed to palace the BVB brand on the radar of pragmatic, active, Romanians who know that thinking forward means having a vision and the ability to understand that what you do today will imprint tomorrow. All the elements we developed, from the strategic area to the visual rhetoric and vocabulary, were aimed at building a dynamic, agile, and contemporary brand, always remembering the objective that, through the new identity, BVB may speak a common language with those it targets, may be perceived as accessible, and may encourage people to discover it and consider it as an investment option for the medium and long term”, stated Madalina Oanta, Branding Director – Propaganda Brand New.

“For us, this project is a reference in our portfolio, due to its complexity and the implications of BVB rebranding almost 140 years since the founding of the Romanian stock exchange, implications for perception and statement of intent for the future”, stated Adrian Tuluca, President of Propaganda Group.

BDR Associates: 25 exceptional brands tell their story in Volume 10 of the book Superbrands for Romania

Impetum Group: ROCA X moves fast to back up XVision’s international expansion through a bridge round - When a company gains international traction, its investors must be ready to react as swiftly as possible.