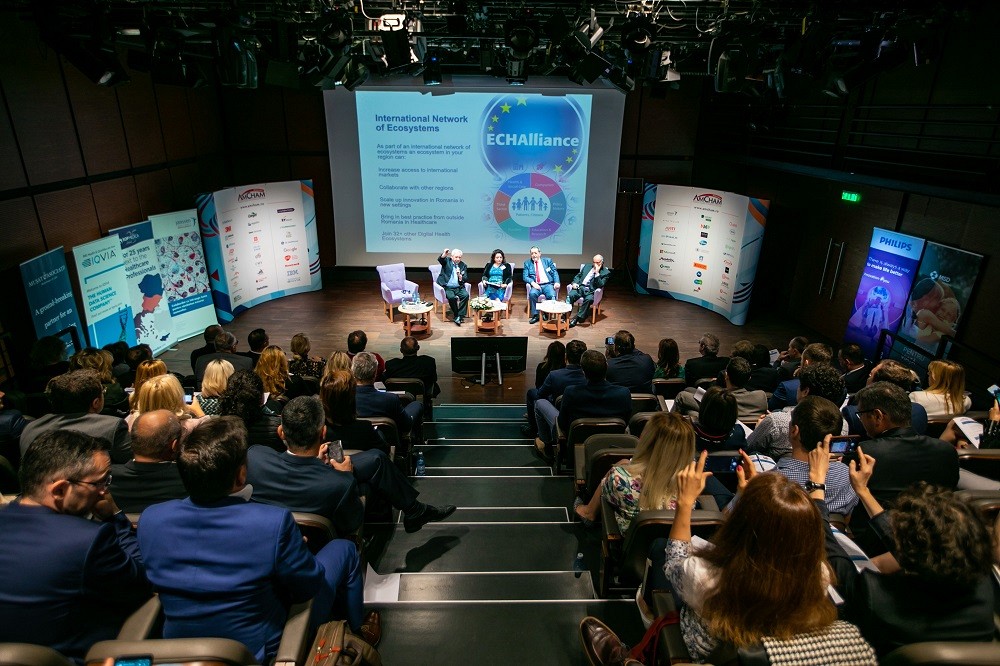 In a dialogue with the main decision makers in health, AmCham Romania emphasized the need for accelerating the digitalization of the health system in Romania, an essential pillar for increasing the efficiency, performance and transparency of healthcare.

In a dialogue with the main decision makers in health, AmCham Romania emphasized the need for accelerating the digitalization of the health system in Romania, an essential pillar for increasing the efficiency, performance and transparency of healthcare.

The "Health in the Digital Society" conference on September 23, 2019 organized by AmCham Romania with the support of the US Embassy in Bucharest brought together representatives of the relevant central authorities, such as the health commissions in the Romanian Parliament, the Ministry of Health, the Ministry of Public Finance, the National Health Insurance House, the National Agency for Medicines and Medical Devices, the National Authority of Quality Management in Health, experts from Digital Europe and the European Connected Health Alliance, and members of the AmCham Romania in the health care sector.

“Digital society and digitalization of the public systems are part of AmCham's central objectives, and with this event we aimed to draw the decision-makers’ attention on the benefits of digitalization in health and on the private sector’s recommendations towards reaching this shared objective. The experience of advanced states in this field confirms the benefits of digitalization in health, of which I would only mention increasing access to medical services and quality treatments, avoiding unnecessary public expenses or supporting clinical research" said Mirela Iordan, Member of the AmCham Romania Board of Directors and Chair of the AmCham working group dedicated to health.

While acknowledging the progress made so far on a national level in implementing e-health instruments, obstacles in their functionality or lack of transparency of the collected data, unavailable for public analysis, were reported.  AmCham Romania members welcomed the Ministry of Health project to develop a National Agency for Health Digitalization and it is important that is implemented without delay.

AmCham Romania recommendations advanced in the context of this event are based on an assessment of the current state of digitalization in health as well as on the strategic directions established for member states at the EU level, which should also guide the health digitalization process in Romania.

Thus, in AmCham’s vision, the health digitalization priorities for the upcoming period should include (without being limited to):

To support the implementation of such recommendations, AmCham Romania has expressed its availability to participate in related consultations organized by the public stakeholders as well as its commitment to contribute, including through organizing similar event, to creating a space for continued dialogue on the development and implementation of the National Strategy for eHealth and of digital tools that can lead to improving the performance and sustainability of the Romanian health system.

THE AMCHAM HOUR with AmCham President Ionuț Simion: What to expect from the second package of Government support measures for economic recovery

AmCham Romania: Today, not tomorrow, we must invest in a modern and resilient education system, adapted to European standards and centered on the learning needs of the new generations

AmCham Romania: Education can and must continue by using technology