AMCHAM PRESS RELEASE: The 2022 State Budget, When and Where to?

In the context of deepening crises affecting Romania in recent months, AmCham Romania reiterates its call for accountability and reprioritization of the public agenda around the solutions Romania needs to overcome current challenges, reduce human losses and optimize its budgetary and macroeconomic situation.

Macroeconomic risks that are likely to create major imbalances in the absence of a coherent and long-term sustainable approach, are, according to AmCham members, ascending inflation, and the danger of an inflationary spiral, rising sovereign debt, high dependence on energy imports, maintaining a budget deficit, already very high, negative demographic changes, all amplified by the impact of the pandemic and the efficiency of its management.

On top of this, there is an intensification of the risk perception on the international financial markets, which would penalize the Romanian economy faced with the persistence of twin deficits. 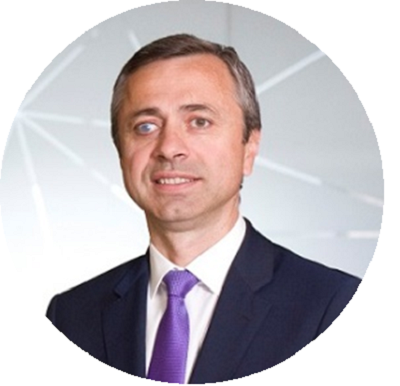 "Boosted by the stability and predictability expectations for the early 2021, confidence in the investment and business climate Romania offers reached a record high in the summer, while in September, with the onset of the political crisis, it collapsed to its levels on the wake of the pandemic, according to a survey run by AmCham during September 24-28. Meanwhile, the worsening of the health crisis, the increase of the inflation, the blockage on the supply chains, have overlapped. Instability, unpredictability and measures adopted without a real assessment of their impact on the economy, decrease the investment appetite and destabilize companies present in Romania” said the President of AmCham Romania Ionuț Simion.

The construction of the state budget for 2022 is in AmCham's vision one of the priorities on the economic agenda that has been delayed due to tensions and negotiations in the political arena.

Moreover, the current political moment intensifies the risk of populist measures that will be reflected in a deepening of the structural budget deficit, already one of the highest in the region, perpetuated even in periods of very high economic growth such as the case in 2021.

Possible increases in public spending are currently unsustainable and impossible to cover from budget revenues and will end up in an increased level of public debt, more need for loans from the financial markets and the risk of ad hoc fiscal measures, with unpredictable effects. Mitigating the impact of ascending inflation, of rising energy prices and of other products and services, cannot be done through measures that transfer, even for a limited period, the burden from one category of taxpayers to another.

The complicated context that Romania is going through makes even more necessary a rigorous process of cross-party analysis and consultation on the construction of the budget for 2022 and leaving behind the practice of negotiating the budget on purely political criteria.

In AmCham's view, the imperatives for the budget planning and the 2022 reform schedule include:

The prolonged political crisis has unfavorable consequences for the investment climate, and the beginning of 2022 is announced to be a period characterized by overlapping shocks in the supply and production chains, already felt in industry.

As the opportunity to start consolidation processes and deep reforms in 2021 was lost, shortening the window of opportunity that Romania could have benefited from between two electoral cycles, it is all the more important that in the next two years there is political will, commitment and capacity to respond adequately to the current crises but also to recover the gaps that continue to affect Romania’s potential for development and growth of its economic relevance at regional and European level.

Key Messages on the Future of Romanian - U.S. Cooperation at the Sept 28 Economic Forum

The Future of the Romania - U.S. Partnership, from Security to Prosperity

AmCham Romania: NEW AMCHAM ROMANIA BOARD OF DIRECTORS AND PRIORITIES FOR THE MARCH 2022 – MARCH 2023 MANDATE

AmCham Romania: Romania’s Inclusion Among the Six Countries to Begin the Discussions for OECD Accession is a Success, and Opens New Opportunities