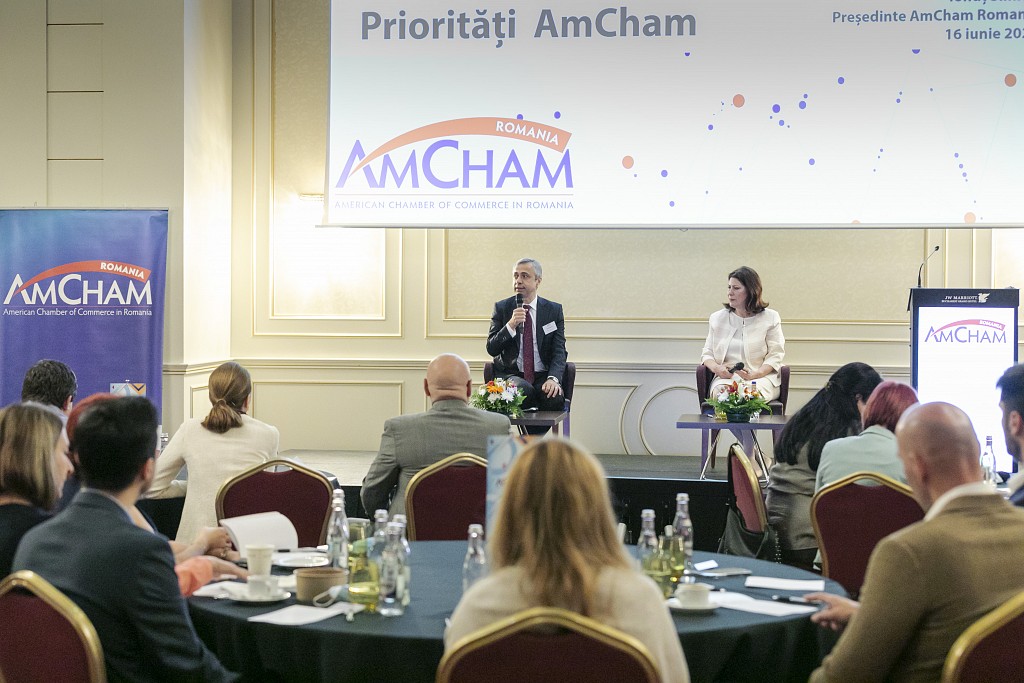 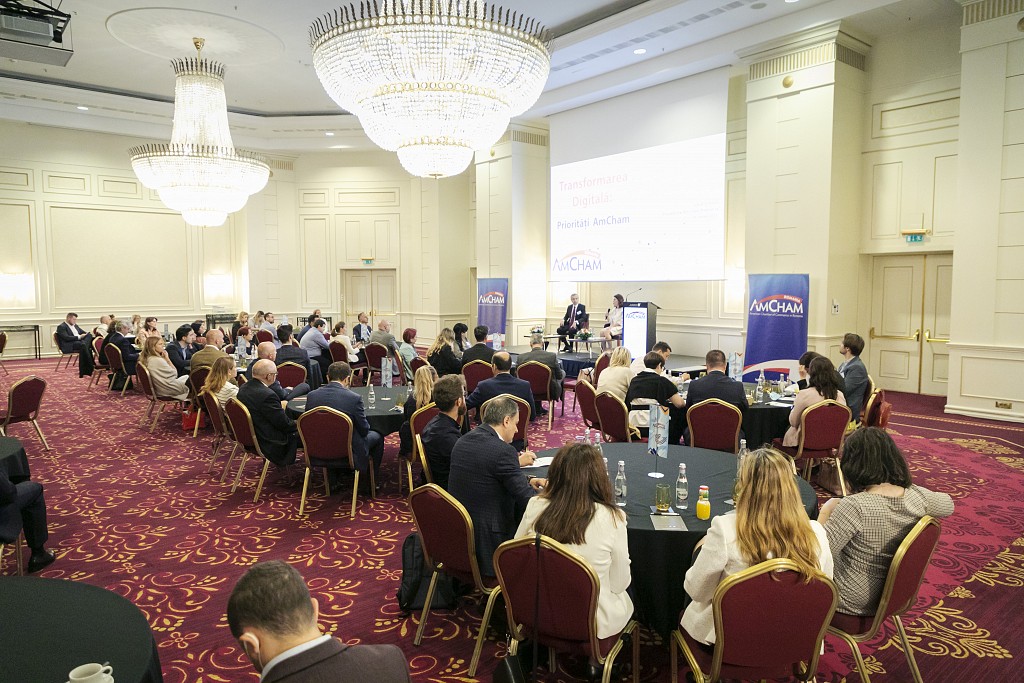 On June 16 AmCham was pleased to welcome ANAF President Mirela Călugăreanu for an in-person meeting with members focused on the digitalization of the fiscal administration.

President Călugăreanu presented the ANAF reform priorities in the context of the National Plan for Recovery and Resilience.

The major objective of consolidating the fiscal-financial system and increasing the capacity to collect the budgetary revenues is to be achieved through interventions under three main pillars:

Among the benefits to be generated by this digital transformation process highlighted by the ANAF President:

Acknowledging that the hardest part of the fiscal administration digitalization begins with the implementation phase, President Călugăreanu concluded by assuring the participants that ANAF aims to be a partner for the taxpayers, leaving behind any aggressive approach.

AmCham President Ionuț Simion opened the event with a brief presentation of  AmCham Romania’s priorities for the Digital Transformation, as identified and elaborated by AmCham’s Digital Economy Committee. He pointed to the need to entrust a single authority with the responsibility, decision-making power and financing needed to efficiently coordinate and implement the digital transformation of the public administration. A strong focus on the need to develop the digital skills of public administration employees and on a real simplification of processes and procedures are lead AmCham priorities as well.

The June 16th event was initiated by the AmCham Taxation Committee.

AmCham Romania: AmCham Welcomes Mihaela Nădăsan, Deputy CEO of Banca Transilvania Nominated to Take Over the Representation in the AmCham Board of Directors